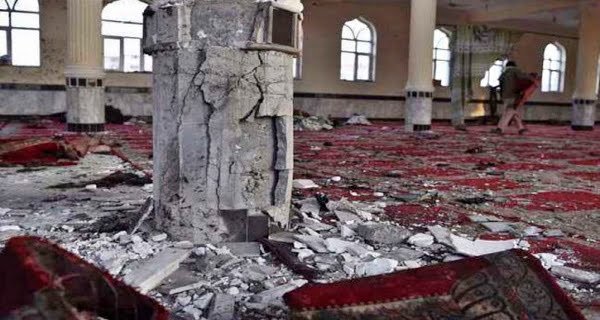 Kabul: 12 people died in a mosque at the time of the prayers in Jumme in North Kabul, Afghanistan. Kabul Police spokesman Firdaus Faramarz said that the Imam of the mosque, Mufti Naiman, also died in the attack. At the same time, 15 other people were injured. Faramarz said that the blast took place as soon as the Namaz started. No one has claimed responsibility for the attack so far, but preliminary investigation suggests that the imam may have been attacked.

Muhibullah Sahebzada said that he had left the mosque after offering prayers that the explosion took place. After the explosion, smoke spread in the mosque, people started running here and there. Some pictures related to the incident have also appeared on social media. The photographs show that the mosque did not suffer much damage.

The blast comes at a time when the Taliban and the Afghan government have declared a three-day ceasefire in the wake of Eid-ul-Fitr. The explosion occurred on the second day of the ceasefire. Earlier, the Islamic State-affiliated local organization claimed responsibility for several attacks in Kabul, but the Taliban and the government blame each other for the attack.

Protests across the country against Netanyahu surrounded by corruption charges

11/10/2020/10:03:am
Tel Aviv: Tens of thousands of people demonstrated in different parts of the country to demand the resignation of Prime Minister Benjamin Netanyahu of...