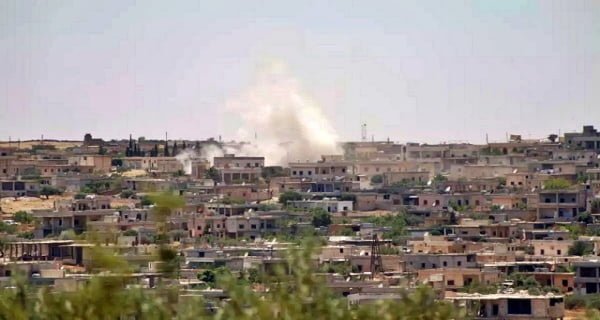 Idlib province is considered a rebel stronghold. Tahir al-Omar, an Idlib-based activist, said a local commander of the Hayat Tahrir al-Sham, an al-Qaeda-linked group, was among the dead. Apart from this, insurgents of other organizations are among those killed. Three civilians have also died in this.

In retaliation, rebels opened fire on the state-held village of Zorin, killing a girl and wounding her father, according to a report by the Syrian state news agency SANA. In fact, due to the mediation done by Turkey and Russia in March last year, a ceasefire was agreed between the two sides.

It is worth noting that due to the civil war that has been going on in Syria for the last nearly 10 years, so far more than half a million people have died while millions have been forced to leave their homes.

Protests over the making of videos/photographs of policemen in France

30/11/2020/10:18:pm
Paris: Protests have erupted over the proposed new law relating to the making of police and video of police officers in France as civil...

16/06/2021/2:29:pm
Boulder: Women exposed to higher levels of air pollution during pregnancy have babies who grow unusually fast in the first months after birth, putting...

23/03/2022/10:02:am
New Delhi: According to the big news, the Indian Railways has completely abolished the exemption being given in the fares of all categories except...

Who is trying to unite small terrorist groups in Afghanistan: UN