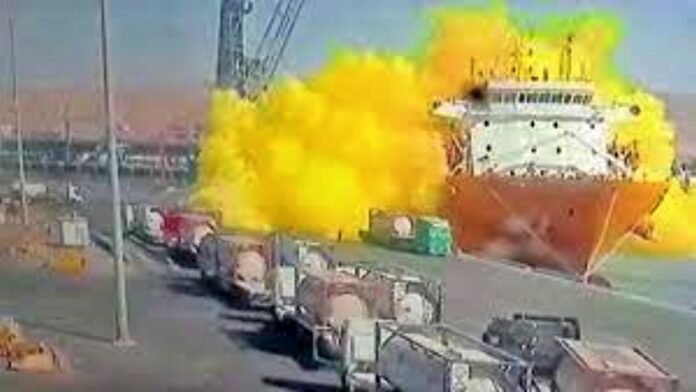 Amman: A toxic gas leak in Jordan’s southern port city of Aqaba killed 10 people and made 234 sick on Monday.

According to state-run Jordan TV, the Directorate of Public Security said that the leak occurred during the transportation of the gas tank. It is not known what kind of material was kept in the tanker.

The Directorate said that the administration has sealed the area after taking the injured to hospitals. Experts have been sent to investigate the leak.

Petra said a spokesman for the Directorate of Public Safety said the gas leaked after a tank filled with toxic gas collapsed during transportation. At the same time, according to the governor of Aqaba, Mohammed al-Radaya, the area was immediately evacuated and the situation is under control.

Meanwhile, local authorities have called on the citizens of Aqaba to lock and seal doors and windows and avoid going outside.

07/04/2021/12:51:pm
New Delhi: The Delhi High Court has made an important comment amid the growing infection of the coronavirus. The court described the mask as...

18/01/2022/9:38:am
Mumbai: South actor Dhanush on Monday announced his separation from filmmaker wife Aishwarya Rajinikanth after 18 years of marriage. Aishwarya and Dhanush, daughter of...

23/11/2020/10:53:pm
New Delhi: To reduce dependence on oil imports of petroleum products, fuel costs, and pollution, the Central Government is constantly promoting the use of...

Firing outside the airport in America, assailant killed in retaliation

Thousands on strike in protest against racial inequality in America