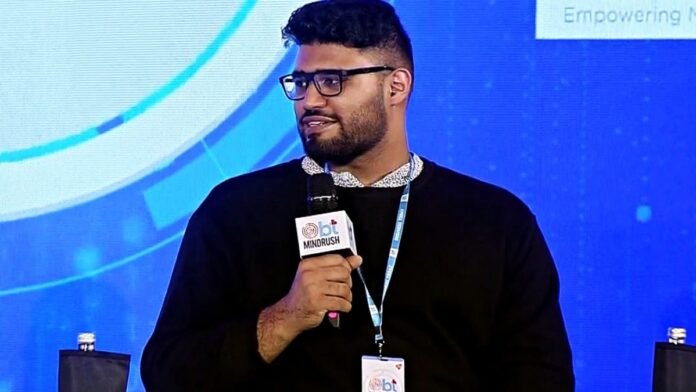 New Delhi: Some people in this world touch a height at a very young age due to their hard work and dedication. One such personality is the founder of Zepto, Kaivalya Vohra. Kaivalya Vohra, the co-founder of Quik-commerce company Zepto, has become the richest teenager in the country.

Kaivalya Vohra has made it to the IIFL Wealth Hurun 2022 list of India’s richest people for the first time this year. Let us inform you that apart from Vohra, many other start-up founders including Alakh Pandey, co-founder of PhysicsWallah, have also joined this list for the first time.

Vohra became the richest youth in the country at the age of just 19
You will be surprised to know that Vohra has become the richest young Indian in the country at the age of just 19. Also, he is the first teenager in the country, who has assets of more than 1,000 crores. According to the IIFL Wealth Hurun India Rich List 2022, Kaivalya Vohra founded Zepto in the year 2020 along with Aadit Palicha. Its valuation has jumped more than 50 percent in the last year. Kaivalya Vohra has got the direct benefit of this. At the same time, apart from Vohra, 20-year-old Aditi Palicha has also made it to this list. The report also said that 10 years ago, the country’s youngest rich on the ‘Rich List’ was 37 years old.

Alakh Pandey, co-founder of Physicswala also made a place on this list
Let us inform you that the co-founders of Unicorn Physicswala Alakh Pandey (30 years) and Prateek Maheshwari have also made it to this list for the first time. According to the report, both Pandey and Maheshwari have personal assets of Rs 4,000 crore and are ranked 399 in the list of the richest 1,103 individuals. Physicswala is an ed-tech company founded by Alakh and Maheshwari during the Corona pandemic. The company completed a $100 million funding round for the first time in June and was valued at $1.1 billion during this period.

The number of people who made it to this list increased by 62 percent compared to 2021
The IIFL Wealth Hurun India Rich List 2022 reported that the number of Indians with personal wealth of Rs 1,000 crore or more exceeded 1,100 for the first time in 2022. This number is 96 more this year as compared to 2021. This number has increased by 62 percent during the last five years.

Fatal encounter between terrorists and security forces in Kulgam, 5 terrorists killed in 24...

Know what is chemical castration, how will this punishment be given to rapists in...

19/11/2021/1:03:pm
Islamabad: The Parliament of Pakistan has passed such a law, which will allow courts to punish rapists for making them impotent. According to the...

08/06/2021/10:34:am
Washington: Industrialist Jeff Bezos, one of the world's richest people, will board the first manned space flight of his company 'Blue Origin' to be...

Protection of the rights of American protesters and journalists: United Nations

25/07/2020/10:15:am
Geneva: The United Nations Human Rights Office on Friday asked protesters and journalists in US cities, including Portland and Oregon, to be allowed to...

14/08/2022/1:03:pm
Moskow: The Indian Embassy in Russia unfurled the national flag from a parachute in Moscow during the ongoing Azadi Ka Amrit Mahotsav celebrations ahead...

Codeshare agreement with IndiGo expected to come into force in March...

‘Smart’ LPG Cylinder With Option to Check Gas Level, Other...