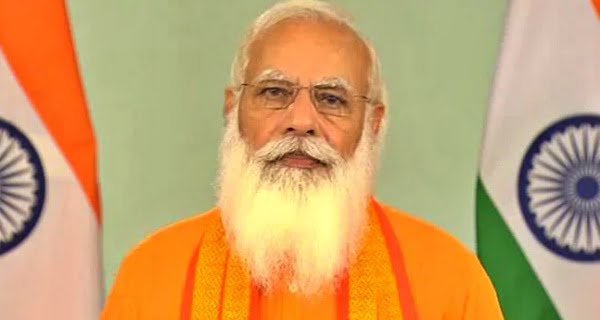 New Delhi: On the occasion of the seventh International yoga day, Prime Minister, Shri Narendra Modi talked of Yoga’s role during the pandemic. He said Yoga has proved a source of strength and poise for people during this difficult time. He pointed out that it was easy for countries to forget Yoga Day during the pandemic as it is not intrinsic to their culture but, instead, enthusiasm for Yoga has increased globally.

One of the key ingredients of yoga is fortitude in the face of adversity. When pandemic appeared, no one was ready from the point of view of capabilities, resources, or mental toughness. Yoga helped people to muster confidence and strength to fight the pandemic world over.

The Prime Minister recalled how frontline Corona warriors made Yoga their shield and made themselves strong through yoga and how people, doctors nurses took to Yoga to deal with the effects of the virus. Instances of yoga sessions conducted by doctors and nurses in the hospitals appeared everywhere. The Prime Minister noted experts are stressing the importance of breathing exercises like pranayama and anulom-vilom for strengthening our respiratory system.

27/01/2021/8:22:pm
Washington: The new Secretary of State for America, Anthony Blinken, took over from neighboring Mexico, and Canada, and Canada and his two allied countries...

Presidents of boards and corporations will not get vehicles like Safari and Dzire, know...

03/09/2020/8:26:pm
Jaipur: The government has dashed the dreams of the leaders who aspire for a gleaming car as well as big government posts under political...