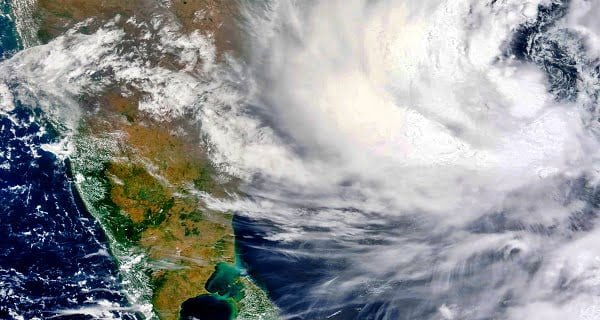 New Delhi: Yaas storm has now turned into a severe cyclone. On Wednesday, this storm will knock in Odisha. Meanwhile, Odisha Chief Minister Naveen Patnaik (Naveen Patnaik) has reviewed the situation through a meeting through video conferencing. At the same time, West Bengal Governor Jagdeep Dhankhar has also reached the regional office of the Meteorological Department to get information about the conditions. He appealed to the people to seriously follow the meteorological department’s warning.

The NDRF has also completed its preparations for Yaas. More than 115 teams of NDRF are deployed in five states. Apart from this, 20 teams have been kept on reserve. The NDRF has also set up a special control room to get information about cyclone from moment to moment, according to which the strategy is being made according to the situation immediately. NDRF Director General SN Pradhan said, “Of the teams that NDRF has deployed, 52 have been deployed in Odisha and 45 in West Bengal.”

Many passenger trains canceled, railway will return money
On the other hand, Northeast Frontier Railway said, ’38 trains have been canceled from May 24 to May 29 in view of the storm. The railway will refund the ticket money of the passengers. These include trains going to Calcutta and South.

Severe impact before and after six hours of cyclone knock
Cyclonic storm ‘Yaas’ can reach Odisha on Wednesday morning. According to Dr. Umashankar Das, scientist of Regional Meteorological Center, Bhubaneswar, there is a possibility of cyclone knocking between Dhamra and Chandbali in Bhadrak. IMD Director General, Dr Mritunjay Mohapatra said that Yas is expected to turn into a very severe cyclonic storm by Tuesday evening and the maximum damage is expected in Chandbali. He said that it would have serious impact before and after six hours before the cyclone knocked.

West Bengal has accused the Center about the fund
Let me tell you that a ruckus has also started on the funds released for the preparations against the storm. On Monday, West Bengal Chief Minister Mamata Banerjee accused the central government of being discriminatory in the allocation of funds. He cited funds released to Andhra Pradesh and Odisha.

14/06/2021/5:14:pm
Elon Musk did it again! Bitcoin price climbed above $39,000 after Tesla chief executive had indicated that electric carmaker will resume transaction with cryptocurrency....