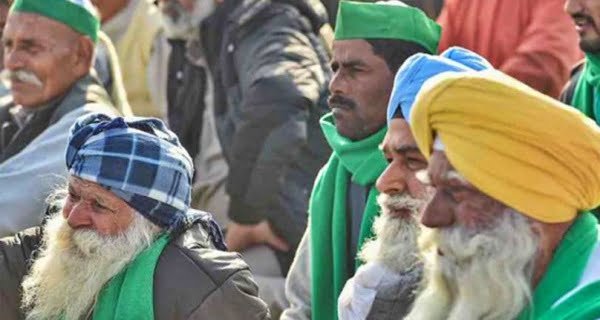 New Delhi: Farmers’ unions opposing the new farm laws did not recognize the committee appointed by the Supreme Court to break the deadlock on Tuesday and said that they would not appear before the committee and call their movement will continue. Addressing a press conference on Singhu Border, Farmer Leaders claimed that the members of the committee constituted by the apex court are “pro-government”.

The Supreme Court earlier prohibited the enforcement of controversial agricultural laws till further orders and formed a four-member committee to end the deadlock between agitating farmers’ organizations over the law on the boundaries of the Center and Delhi. Farmer leader Balbir Singh Rajewal said in a press conference, “The members of the committee constituted by the Supreme Court are not credible because they have been writing that the agricultural law is in the interest of the farmers.” We will continue our movement. “

Another farmer leader Darshan Singh said that he would not appear before any committee. He said that Parliament should discuss the issue and resolve it. He said, “We don’t want any external committee. “

However, farmer leaders said that they would attend a meeting with the government on 15 January.

The apex court has asked the protesting farmers to cooperate and clarified that no power can stop it from setting up a committee to resolve the deadlock over the controversial agricultural laws. Farmers from different parts of the country, including Haryana and Punjab, have been demonstrating at different borders of Delhi since 28 November last year and are demanding withdrawal of all three laws and a statutory guarantee of minimum support price for their crops.

28/10/2020
New York: A federal judge on Tuesday rejected President Donald Trump's request to remove him as a defendant in a defamation case. He is...

10/07/2020
The Uttar Pradesh government has decided to impose fresh restrictions of 55 hours in the state from this evening amid spurt in Covid-19 cases....

15/07/2020
Bengaluru: The Karnataka government said on Wednesday that those who have been relieved of Coronavirus infection and want to donate plasma for the treatment...