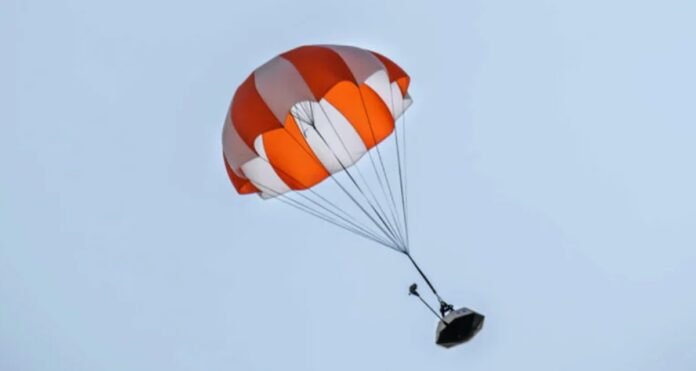 New Delhi: In the era of information technology, the way the world is shrinking, it is a challenge to get goods fast from place to place in the world. In this direction also innovations are coming out in the form of new efforts. Packers and movers are also using cargo aircraft and drone delivery. But a US start-up company has designed a special space capsule that will serve to deliver goods from outer space to every corner of the world. With this technology, there is a possibility of a big change in the system of delivery of goods in the world and the mechanism of the supply chain.

Useful for many industries
The company wants to build this return vehicle for the commercial and defense industries, which can help with global supply distribution as well as supply and return to and from the space station. This reusable capsule will be capable of coming from space many times and will also be able to deliver goods to the International Space Station.

In the space market
NASA is also conducting research and promoting the private sector to promote such efforts. Reusable capsules can make a huge contribution to the new space market. Currently, the company is working on developing a four-foot-diameter capsule that can carry luggage that fits into a suitcase of this size.

Parachute test
This particular type of suitcase and its mechanism is expected to be developed by the year 2025. Before that, engineers are testing a 1.5-foot diameter capsule, which is being called Ray. It will serve as a technical demonstrator. Inversion recently conducted Ray’s parachute test, in which a saucer-like object was dropped through an airplane from an altitude of 30,000 feet.

The capsule will spin on its own in space
When this system is fully developed, the spacecraft will hit Earth’s outer atmosphere at 25 times the speed of sound and use a parachute for a soft landing. The company told the New York Times that once it reaches its orbit, the capsule will either find its own way to the private commercial space station or remain in its own orbit.

Thousands of containers in the coming years
For this, the capsule will use solar energy. The company will demonstrate the technology of small capsules in the year 2023. With the advent of private players, the cost of launch in the space sector is getting reduced considerably. In such a situation, the company hopes that one day they will also be able to bear the cost of maintaining thousands of containers in space for five years.

23/06/2020/9:56:pm
Patna: In a major jolt to the Rashtriya Janata Dal (RJD) ahead of the Legislative Council polls in Bihar, five sitting MLCs joined Nitish...

At least 29 killed in landslides and floods in Brazil

29/05/2022/9:22:pm
Brasilia: At least 29 people were killed in a landslide triggered by heavy rain on Saturday in Brazil's northeastern state of Pernambuco. Officials gave...

Millions of Indians working in UAE will get citizenship