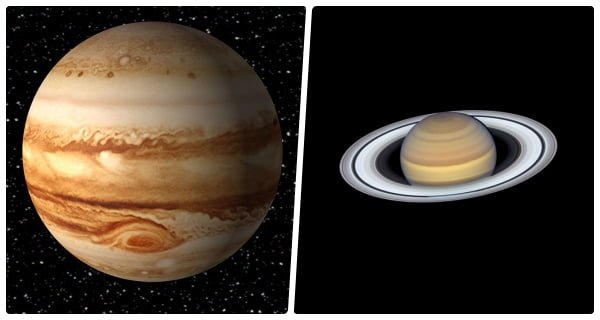 NASA: Space is still a secret for scientists about which they are trying to know. Many such secrets are present in the space, which is also important to know. Often some new invention is discovered which takes human civilization closer to discovering the secrets of space. Recently, scientists have done new research in which they have claimed that in just 60 years humans will be able to reach Jupiter and Saturn.

American Space Agency NASA has recently claimed through research that humans will be able to reach Jupiter and Saturn in the next 60 years. In the papers released by the scientists, it has been told that what the experts will have to do next, which will help in reaching these two planets. It has been said in the paper that humans will reach Mars and asteroids in the next few years and will also reach the moons of Jupiter and Saturn before the end of this century. Not only this, this done in the 21st century will continue till the 23rd century. In which initiative will be taken to reach the planets of other Solar System. For this, after finding those planets, spacecraft will be sent there.

In the papers released by scientists, it has been said that it will take a long time to reach the second galaxies, but the way new inventions are being made, it can be estimated that by the 24th-century humans will reach the second galaxy. I will be able to succeed. This report has been released by a team from NASA’s Jet Propulsion Laboratory. In this, scientists have compared science and technology and told how much progress humans have made since the space age started. Scientists have claimed that by the year 2040, robots can be sent 40 light-years away. It will be possible to reach asteroids by 2060 and it will also be possible to reach Jupiter and Saturn by 2080. It has also been claimed in the report that such travel will be very effective for humans and will also help in keeping human life safe.

25/12/2020/5:00:pm
Anjana Upadhyay Turmeric was first discovered in India. In India, turmeric was used as a medicine in the ancient era, but when the Mughals came...

11 people die of starvation every single minute in the world: Oxfam report

09/07/2021/9:30:pm
Cairo: Oxfam, an organization working for the eradication of poverty, has said that every minute 11 people die due to starvation worldwide and in...

21/07/2020/8:17:pm
Washington: According to one study, scientists have developed a Covid-19 vaccine in which they produce antibodies that "completely neutralize" the coronavirus from the same...

Controversy over corona vaccine approval; How reliable is the vaccine after questions from experts?

07/01/2021/1:15:pm
After the approval of Oxford-AstraZeneca and Bharat Biotech vaccines in India, not only did political parties raise questions about credibility, experts have also put...