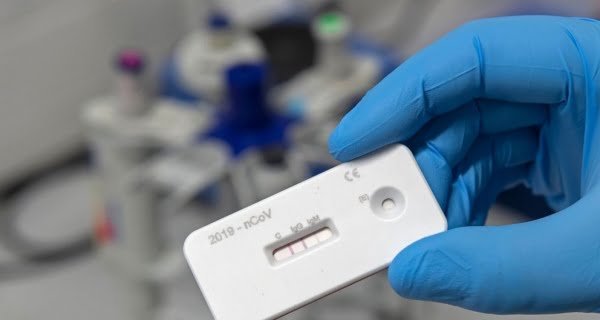 Washington: President Donald Trump and his top health advisers announced a new trial that would help improve the lives of Americans while the lockdown at Corona Virus was at its peak. – An investigation that will tell them if the virus was already present in them and whether they will be able to avoid getting infected again.

Trump reiterated at his regular press conference in April that “Americans would be able to return to work” with the trial coming. Now, after several months, the US is immersed in tests, but the big estimates about their usefulness are yet to be proved. Dr. Jennifer Reckman of the New York City Public Health Laboratory said, “Certainly a lot of desire had arisen that there would be a miraculous test that would save us all but we have not arrived there yet.”

This test detects antibodies in the blood that the body makes to fight infection. Scientists are still trying to find out how antibodies to the corona virus protect someone from other infections or how long this protection lasts. Some early studies had revealed that any immunity dissipates rapidly. Last week’s research seems more accurate, stating that antibodies last at least four months after detection and do not expire quickly.

For now, the Centers for Disease Control and Prevention and the American Medical Association have explicitly warned that these antibody probes should not be used to refer to workers’ offices or students returning to school, but some labs still use them for these experiments. Is promoting for

Messages sent to anyone will now be able to be deleted on WhatsApp for...

09/08/2022/10:03:pm
WhatsApp introduces new features every day to improve the experience of the users. Now WhatsApp has brought another great news for its users. Actually,...

28/09/2021/2:17:pm
Mumbai:  The two-day long summit will host a mix of panels, keynotes, master classes, and fireside chats in a 3D virtual conference format It will bring...

Many people in Asia suffer from starvation due to increase in food prices and...

22/02/2021/8:39:pm
Rome: The Italian Ambassador and the Italian police officer were murdered on Monday in Congo. The incident occurred while he was traveling to Congo...

WHO: 1 in 4 people projected to have hearing problems by...