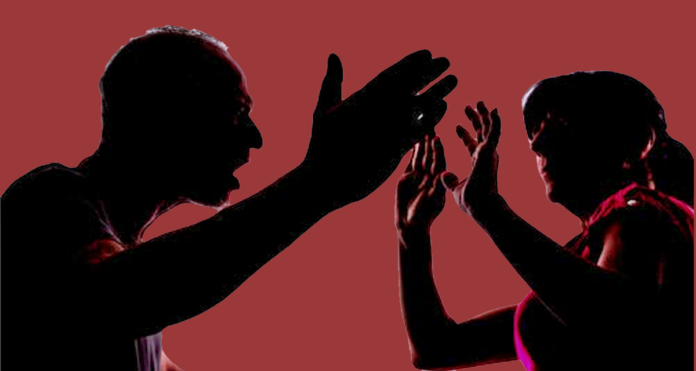 New Delhi: More than 14 to 30 percent of women across eighteen states and union territories justified husbands beating their wives under certain circumstances, while a smaller percentage of men justified such behavior. This was revealed in a survey by the National Family Health Survey (NFHS).

According to NFHS-5, more than 75 percent of women in three states – Telangana (84 percent), Andhra Pradesh (84 percent), and Karnataka (77 percent) justified beating their wives by men. Manipur (66 percent), Kerala (52 percent), Jammu and Kashmir (49 percent), Maharashtra (44 percent), and West Bengal (42 percent) are other states and union territories where a large number of women have committed their lives to men. Justified the beating of wives.

When asked by the NFHS, “In your opinion, is it appropriate for a husband to beat or kill his wife…?”, more than 30 percent of women across 14 states and union territories said “yes”. The survey revealed possible circumstances in which a husband beats up his wife: if he suspects her to be unfaithful if she disrespects her in-laws if she argues with him if she has sex with him. If she goes out without telling him if she neglects the house or the kids if she doesn’t cook well.

The most common reasons for respondents to justify spanking were neglect of home or children and showing disrespect towards in-laws. In 13 of the 18 states—Himachal Pradesh, Kerala, Manipur, Gujarat, Nagaland, Goa, Bihar, Karnataka, Assam, Maharashtra, Telangana, Nagaland, and West Bengal—female respondents cited ‘disrespect towards in-laws’ to justify beatings. as the main reason. Himachal Pradesh (14.8%) had the lowest number of women who justified beatings by their husbands.

Among men, 81.9 percent of the respondents in Karnataka and 14.2 percent in Himachal Pradesh justified such behavior. Ushashree, director of Hyderabad-based NGO Roshni, said her organization has seen a rise in sexual abuse and domestic violence during the course of COVID-19. Roshni provides counseling and other services to people in emotional distress.

EVANGELION:3.0+1.01 THRICE UPON A TIME to Launch Exclusively on Amazon Prime Video on August...

03/07/2021/3:00:pm
London:  The latest film in the legendary Japanese anime franchise will premiere in over 240 countries and territories excluding JapanAll three previous movies in the...

H1B visa holders got support from Google in the US

Mumbai: Water filled many places due to heavy rains

23/09/2020/10:41:am
Mumbai: In Mumbai overnight heavy rains caused flooding in many areas on Wednesday morning, affecting road and rail traffic. The official said that it...