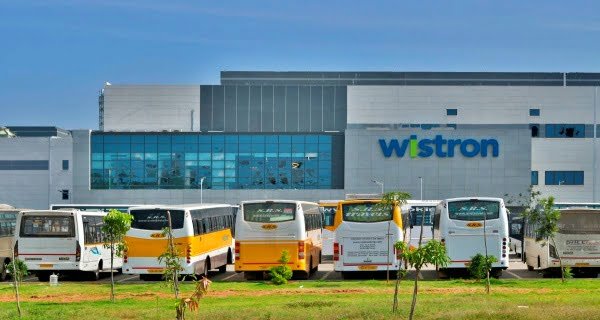 Bengaluru: Wistron Corporation, the manufacturing company for the iPhone, has removed one of its officers after a disturbance at the plant in Karnataka. With this, Vistron has expressed regret to the workers working in the plant. With this, it has been said on behalf of the Wistron company that, from now onwards, the workers will be paid a full and timely salary. Let us tell you that there is a unit of Wistron in Narasapura Industrial Area in Kolar district of Karnataka. Where the company makes IT products for Lenovo, Microsoft, and other companies along with the iPhone.

In this unit, on December 12, there was a huge furor by the employees. After which it was said that the company is arbitrarily cutting the salary of the employees. After which today in Delhi, the Wistron Company held a meeting with its high officials. In which the company decided to remove a senior officer who was working in India and apologized to the workers for the violence.

On behalf of the Wistron company, it has been said – Wistron always stands for the well-being and safety of its team, members. In our Narasapura unit, there was a dispute recently. We apologize for that and apologize to the workers. Along with this, we assure the workers to be paid correctly and on time. At the same time, our top priority is that all workers get immediate compensation. With this, we will continue to take corrective steps to prevent such a re-occurrence in the future.

Employees were angry with the pay cut – According to a trade union leader, the employees were angry that they were not being given the salary they were promised at the time of joining. Apart from this, the company was paying salaries. It was also arbitrarily cut. At the same time, he told that most of the engineers in the company were hired at a salary of 21 thousand rupees monthly. But only 12 thousand rupees were being given to them by deducting from the company. In the same way, the salaries of other field employees were also drastically reduced.

Employees had broken into the unit – On 12 December, the workers who were angry due to pay cuts broke the unit fiercely. At the same time, the angry workers damaged furniture, computers, and laptops during this time and broke into cars parked on the premises, and set them on fire.

After the ceasefire, US Secretary of State Antony Blinken arrives in Israel

25/05/2021/9:10:pm
Jerusalem: America's Foreign Minister Antony Blinken arrives in Israel as part of the initial phase of his tour of West Asia. The purpose of...

PM Benjamin Netanyahu is far from majority figures in Israel’s election amid counting of...

24/03/2021/9:23:pm
Jerusalem: After counting nearly 90 percent of the vote in Israel's parliamentary elections on Wednesday, Prime Minister Benjamin Netanyahu's future is seen as a...

18/04/2021/9:35:pm
Indore: After a long gap in the Hindu community, matrimonial deadlines are going to start from the week commencing on Monday. But due to...