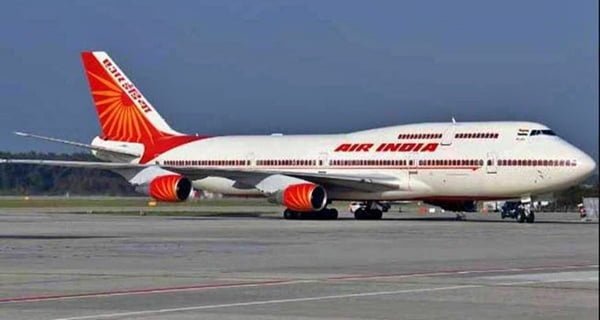 New Delhi: Tata has made a bid for the disinvestment of Air India, the state-owned airline of India. This information was given by the sources on Wednesday. It is to be known that, for the past several years, the Government of India is engaged in disinvestment in Air India. After the bid was raised by Tata Group, the discussion has started on whether Air India is going to come back to Tata?

How did Air India start?
Air India was born in April 1932. It was founded by the then industrialist JRD Tata but its name was not Air India. Then its name was Tata Airlines. Tata Airlines was started in the year 1932, but the first commercial flight took place on 15 October when a single-engined ‘Heaviland Puss Moth’ plane was brought from Karachi to Mumbai via Ahmedabad. There were no passengers in this flight but 25 kg letters.

Initially, Tata Airlines operated from a mud house near Juhu, Mumbai. A ground there was used as a ‘runway’.

How to go from private to government
When the airlines were restored after the Second World War, on 29 July 1946, Tata Airlines became a ‘Public Limited’ company and its name was changed to ‘Air India Limited’. After independence i.e. in the year 1947, the Government of India took 49 percent participation in Air India, after which it became a full government company.

23/06/2021/10:07:am
London: A new 50 pound ($70) banknote featuring the mathematician and computer scientist Alan Turing enters circulation in Britain on Wednesday, three months after...

Big announcement by DGCA! All international flights will be suspended till 30 April

23/03/2021/9:22:pm
New Delhi: The number of Coronavirus Cases has started to increase once again in India. In such a situation, the Directorate General of Civil...