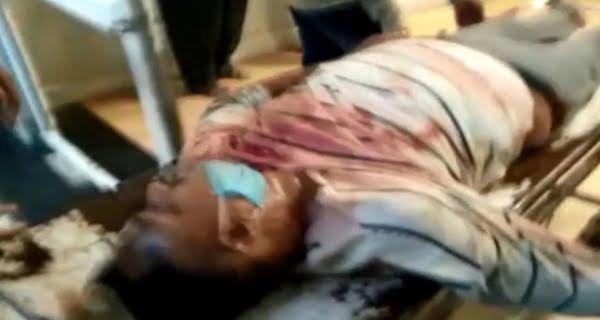 Gangster Vikas Dubey, the killer of 8 policemen, was killed in a police encounter on Friday morning. People’s reaction has intensified on social media as well with political allegations against this encounter. One of the reasons for these reactions is that the development of Vikas Dubey in Ujjain had started to speculate whether he would reach the jail or the Uttar Pradesh Police would do it before that. Vikas Dubey collapsed due to reaching Kanpur, so people had to get up. According to the police, while being brought from Ujjain to Kanpur, the STF vehicle overturned in Barra area in which Dubey was also present.

Police say that taking advantage of the accident, Vikas Dubey tried to escape by snatching a weapon from a policeman and was killed. However, many questions are also being raised on this theory of police, which are yet to be answered.

Question 1:
The first question is whether the convoy suddenly overturned in which Vikas was present. Even if it is taken as a coincidence, the big question is that when the police were bringing such a big criminal in the car, why were his hands open? Wasn’t he handcuffed?

Question 2:
Questions are also being raised about the way Vikas Dubey was arrested a day ago. It is being told that he himself revealed his identity to some people in the temple premises. If he was not ready for arrest then why go to a high security zone? If he was ready for arrest tomorrow then why did he try to escape today?

Question 3:
Prabhat on Thursday and Vikas Dubey on Friday, the way these two encounters happened in two days and if we look at the whole incident, then this question definitely arises whether it is a coincidence? After Prabhat’s encounter, the police had told a similar incident that first the police car got blocked, then Prabhat tried to escape by snatching the pistol from the policemen and then was killed in the encounter. Even today everything has happened in exactly the same way.

Criminals snatch weapons from policemen twice in two days. Experts are raising the question whether the policemen were negligent in keeping their weapons which snatches any rogue weapon in their possession.

Question 5:
Media claim that they too were coming from Ujjain with the convoy, but media and private vehicles running on the road were stopped shortly before the accident site. News agency ANI has also released footage of this. After all, why was the media temporarily stopped from proceeding? If Vikas tried to run away, why was he not shot in his leg? Many more such questions are arising, which the police will still have to answer.

07/09/2022/5:40:pm
New Delhi: The evolution of the dairy sector in India and the stellar role played by dairy cooperatives since the launch of Operation Flood...

08/09/2021/9:33:pm
Jorhat/Guwahati: Several people are feared dead after a large private boat rammed into a government boat near Nimati Ghat in the Brahmaputra river in...

Get discount of 2.25 lakh rupees on Harley-Davidson bike, know the...