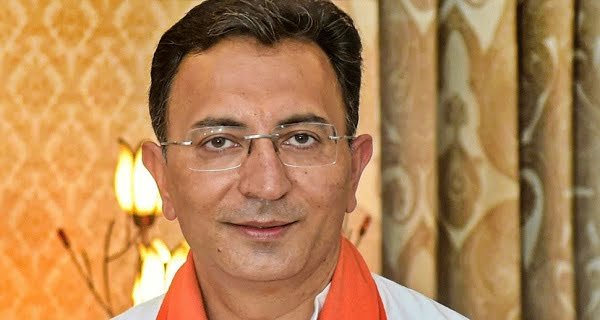 Prasad’s anger against Congress is not new. He had serious differences with Congress leader Priyanka Gandhi as he refused to contest the Lok Sabha polls in 2019 from the Lucknow constituency.

In 2020, the two-time parliamentarian was among the 23 leaders who triggered a flutter in the 136-year-old party, suggesting several organisational changes and calling for an “introspection” in a letter to Congress president Sonia Gandhi in August 2020.

The “dissent letter” demanding massive changes in party, also cost Prasada the chance of becoming the president of the state unit of the party as Congress ranks in Uttar Pradesh flocked against him.

However, senior Congress leader Kapil Sibal had then in fact tweeted out in his defence. “Unfortunate that Jitin Prasada is being officially targeted in UP Congress needs to target the BJP with surgical strikes instead wasting its energy by targeting its own,” Sibal wrote.

According to a report in NDTV, the 23 Congress leaders who wrote to interim party president Sonia Gandhi calling for sweeping reforms, collective decision-making and “full-time, visible leadership”, caused fresh convulsions in the party struggling to retain its political relevance.

“Jitin Prasad is the only person from Uttar Pradesh to have signed the letter. His family history has been against the Gandhi family and his father Jitendra Prasad proved it by fighting elections against Sonia Gandhi. Despite this, Sonia Gandhi gave Jitin Prasada a Lok Sabha ticket and made him a minister. What he has done is gross indiscipline and the district Congress committee wants strict action against him and condemns his actions,” the resolution that NDTV translated read.

What does this mean for Congress?
The party, reeling from a series of electoral losses and bickering, suffers another setback. Prasad was believed to be a part of a group that was once known as Team Rahul (because leaders in the group were close to former Congress president Rahul Gandhi).

Another prominent personality from that group, Jyotiraditya Scindia, joined the BJP in March 2020; he said back then the Congress was not the party it used to be. According to observers, Prasad’s move would not come as a surprise to the Congress leadership since it had been in the offing for some time.

On the electoral front, Prasada does not have a stellar show when it comes to elections since 2014. He lost all three elections from his bastion since 2014 and even his deposit in the 2019 election.

What does this mean for the BJP?
With, his joining the saffron party, the BJP will get another Brahmin face in Uttar Pradesh after Rita Bahaguna Joshi. Prasada is credited for starting the Chetna Samaj.

Prasada’s inclusion comes months ahead of Assembly elections in India’s most populous state — where Opposition parties have tried to corner chief minister Yogi Adityanath over the COVID-19 situation, even as the government says it has efficiently dealt with the brutal second wave of infections. It is not immediately clear if the BJP will ask Prasada to contest the 2022 polls

He was the minister of state for steel from April 2008-May 2009, according to his page on the Lok Sabha website.

He lost the Dhaurara seat in 2014, when the BJP government came to power at the Centre, and contested it unsuccessfully again in 2019. He was then made the Congress in charge for West Bengal. Last year, he launched an initiative to reach out to Brahmins, but that move did not get much importance in the Congress camp.

The first Bihar Exit poll came, uphill battle between the NDA and the grand...

28/12/2020/10:10:pm
New Delhi: The Chinese government is now taking steps to clamp down on technology companies. After the action of Jack Ma's company Alibaba Group...