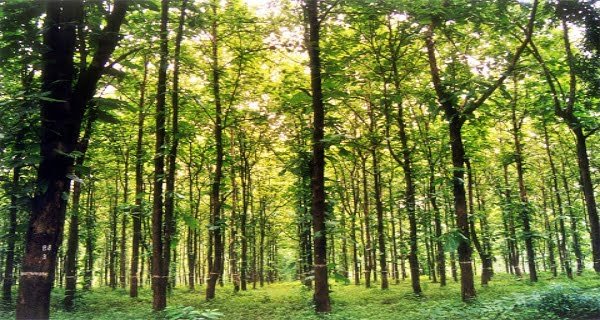 New Delhi: The Ministry of Forest, Environment, and Climate Change (MoEFCC) has published a draft amendment to the Forest Conservation Act 1980 last week. The purpose of this amendment is to ease the diversion of forests and to exempt certain categories of development works from the requirement of obtaining approval from the ministry. The ministry has sought feedback from the state governments and the general public on this draft within 15 days. After reviewing the feedback, the government will prepare a draft of the amendment, on which the public’s opinion will once again be taken and the draft will be presented again in the form of a bill in Parliament.

Why is the law being amended?
Earlier in 1996, the Supreme Court, in its judgment in TN Godavarman Thirumulpad v. Government of India, had expanded the definition and scope of forest land so that all areas recorded as forest in any government record irrespective of ownership, recognition, and classification. to be included. Earlier these laws were applied largely to reserve forests and national parks, but the Court also expanded the definition of forests to include the lexical meaning of ‘forest’, which automatically means a forested area. will become a ‘deemed forest’, even if it is not notified as a protected place, whether the ownership is private or public. The order was also interpreted to assume that the Act is applicable to plantations in non-forest land.

Ministry officials said the proposed amendments are to streamline the rules of the existing law. It is also said that the identification of forest land is subjective and arbitrary and due to the ambiguity there is resentment and opposition among people and organizations about it. The ministry also said that the Ministry of Railways, Road, Traffic, and Highways has also lodged strong objections. Officials say it takes years for different ministries to get approval for development plans. And as a result infrastructure projects get delayed.

What are the proposed amendments?

What are the concerns?

Did environmentalists find anything positive as well?
Environmentalists have welcomed the fact that the government has made the consultation paper public, and has decided to make changes through amendments using parliamentary procedure. Environmental lawyer Ritwik Dutta said that in the last decade and a half, regardless of which party is in power, the standard procedure has been to change laws through office memorandums and letters and not through the statutory process.

Further decline in rupee possible, domestic currency may fall to the level of ₹82

11/07/2021/9:55:am
NASA: Alien life is possibly the widest, and yet the most uncertain research project ever taken up by mankind. While numerous probes and space...

Supreme Court: Panchayat elections will be held with OBC reservation in MP

18/05/2022/1:28:pm
Bhopal: The much-awaited decision of the Supreme Court on OBC reservation has arrived. Panchayat elections in Madhya Pradesh will be held only with OBC...