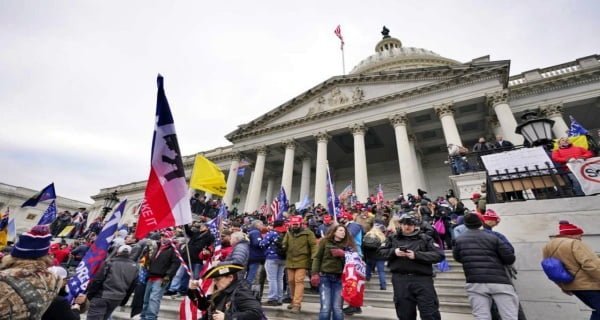 Washington: Police officials have apologized for failing to stop an attack by supporters of former President Donald Trump on Capitol Hill. The officials mentioned several mistakes that now he will further strengthen his intelligence system.

The police officer made mistakes
The authorities made several mistakes. He said that the intelligence inputs were contradictory. There were not enough security forces for such a large crowd. Apart from this, there was no proper partnership with other agencies. “I am apologizing in front of you here on behalf of my department,” Capitol Police Executive Chief Yolanda Pitman said in a statement prepared for the US House of Representatives. He said that the department has not met its high standards and your expectations.

After the meeting, Democrat Representative Tim Ryan said that the officers monitoring the Capitol Hill were not allowed to use much force against the crowd. This was the reason that the mob committed violence and damaged the historic building.

06/01/2021
Washington: The Speaker of the Wisconsin State Assembly in the US supported the Farmers Protest issued in India has appealed to reconsider his...

02/07/2020
New Delhi: Union Tourism Minister (IC) Prahlad Singh Patel on Thursday said that all the monuments can be opened from July 6. Taking to micro-blogging...

28/10/2020
Mumbai: Loss has been observed in every sphere of life due to corona. Bollywood is not untouched by this either. Lockdown caused by Corona...

11/12/2020
United Nations: The United Nations General Assembly on Thursday approved a resolution praising the progress in peace talks between the Government of Afghanistan and...