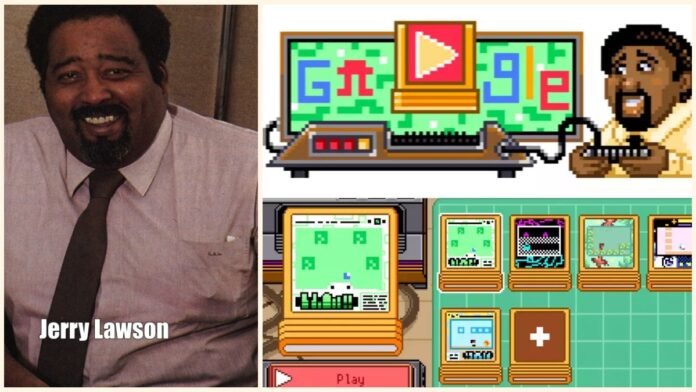 Who is Jerry Lawson?
Jerry Lawson was the father of modern gaming. He led the team that developed the first home video gaming system with interchangeable game cartridges. Yes, you heard it right. Not only this, but the doodle has been designed by Davionne Gooden, Lauren Brown and Momo Pixel. Today i.e. Thursday, December 1, Google is remembering the legacy of Jerry Lawson through an animation on Doodle.

Radio station construction
Jerry Lawson was born on December 1, 1940, in Brooklyn, New York. From a very young age, he started working for electronics. Repaired TVs he had around and using recycled parts, Lawson built his own radio station.

Jerry Lawson’s Career
Let us tell you that before starting his career in Palo Alto, California, he studied at Queens College and City College in New York. The city and its surrounding area became known as Silicon Valley due to the explosion of innovative tech companies starting in the area at the time.

Died due to
Significantly, Jerry Lawson died at the age of 70 on April 9, 2011 due to complications of diabetes. Lawson’s achievements gave birth to video games as we know them today, and he was one of the first African American people to progress in the industry.

31/08/2020/9:06:pm
New Delhi: Due to weak revenue collection due to Fiscal Deficit lockdown of the Central Government, the budget estimate for the entire year has...

26/05/2021/9:38:pm
Damascus: People in government-controlled areas of war-torn Syria arrived at polling stations on Wednesday to cast their votes in the Presidential Elections. It is...

31/08/2021/10:08:pm
New Delhi: A statement made by Pakistani cricketer Shahid Afridi in support of the Taliban has created a ruckus. Shahid Afridi, the captain of...

Now Zomato will deliver food to your home in just 10 minutes! prices will...

NEET and JEE examinations should be held in September as planned:...