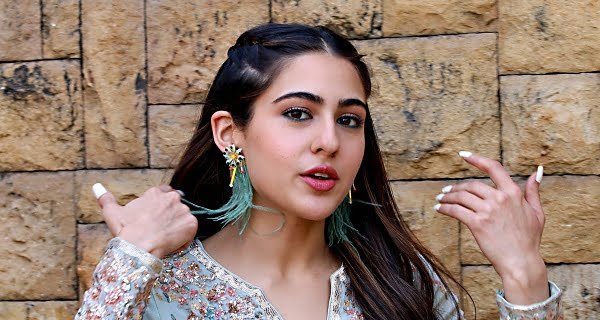 Mumbai: Sara Ali Khan is one of the well-known actresses of Bollywood today. Sara, the daughter of Saif Ali Khan and Amrita Singh, has grown up in a film environment since childhood. That’s why many times she used to go on shooting with her parents. A similar video is going viral in which Sara is seen on the sets of Amitabh Bachchan’s famous show ‘Kaun Banega Crorepati’. In this video, Amitabh also became a fan of his cuteness. Sara was a very chubby and cute child in her childhood. It is difficult to recognize them by looking at this video.

Actually, an old video from the sets of Amitabh Bachchan’s famous show ‘Kaun Banega Crorepati’ is going viral on social media. In this video, Saif Ali Khan and Preity Zinta are seen sitting in front of Amitabh as contestants in the show. Little Sara Ali Khan arrived with her friend along with Papa Saif. Seeing her, Amitabh asks, ‘How is she, on this Sara says I am fine. Then you are asked to pray. Sara adores her with great love and Amitabh also responds to her in the same way. Then Amitabh says that she has brought her friend Pashmina with her, then Sara says yes. Big B also talks to Pashmina, then takes the game forward and asks questions to Saif.

The little Sara Ali Khan seen in this video has become a beautiful Bollywood actress today. Sara made her debut in 2018 with Abhishek Kapoor’s film Kedarnath. She was accompanied by late actor Sushant Singh Rajput in this film. Sara was seen in David Dhawan’s film ‘Coolie No. 1’. Actor Varun Dhawan was with her in this film. Apart from this, she is doing the film ‘Atrangi Re’.

21 people scorched in US naval base on fire

Apart from Parle G, there was also a huge demand for Oreo biscuits during...

05/08/2020/11:21:pm
New Delhi: In Corona Time, the stores of biscuits, mixtures, chocolates, and other items of snacks were collected in the houses. Initially, the lockdown...

More than 2 lakh deaths so far in US, but Trump tells Corona ‘God’s...

08/10/2020/10:33:am
Washington: Coronavirus has caused the most devastation in the US and about 2.16 thousand people have lost their lives due to this epidemic. However,...

03/04/2021/2:53:pm
Mumbai: TV actress Shweta Tiwari has been in the limelight for the past few days for her stylish avatar. Shweta's look is changing rapidly....

02/02/2021/10:35:am
Islamabad: Pakistan International Airlines (PIA), which has been involved in worldwide operations after the plane was seized in Malaysia (Malaysia), has suffered another setback....