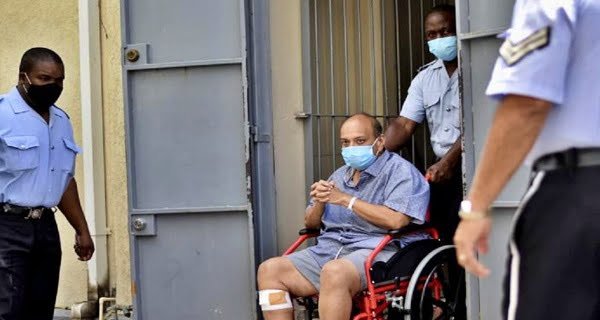 New Delhi: Fugitive diamond merchant Mehul Choksi has invited Indian officials to interview him and claimed that he had left India only for the purpose of medical treatment. Choksi has declared that he is a law-abiding citizen. In an affidavit filed in the Dominica High Court, the 62-year-old Indian businessman said, “I have invited the Indian authorities to interview me and ask me any questions regarding any investigation being conducted against me.”

According to the news published in ‘The Times of India’, Choksi said, ‘I did not run away from the law of India. When I left India for treatment in America, at that time no warrant was issued against me by the Indian legal agencies. Mehul Choksi is currently lodged in Dominica jail. In fact, on May 23, Choksi went missing from Antigua and Barbuda under mysterious circumstances and was arrested in neighboring Dominica in view of Interpol’s ‘yellow notice’ against him. Now the Indian government is trying to extradite him.

However, a team of officials of various agencies sent by India to bring back fugitive diamond merchant Mehul Choksi from Dominica returned on June 4 in a private Qatar Airways plane.

The plane took off from Melville Hall Airport in Dominica at 8.09 pm local time on June 3, following which the Dominica High Court had adjourned the hearing on June 3 and landed at Indira Gandhi International Airport at 11:02 pm IST on Friday. The team onboard the aircraft was being led by Central Bureau of Investigation (CBI) Deputy Inspector General Sharda Raut.

what is the whole matter?
Choksi and his nephew Nirav Modi allegedly embezzled about Rs 13,500 crore from Punjab National Bank. Nirav Modi is lodged in a London jail and is fighting a case against his extradition to India. Choksi took citizenship of Antigua and Barbuda in 2017 and fled India in the first week of January 2018. It was only after this that the scam came to the fore. Both are facing a CBI probe.

This rule to withdraw money from SBI ATM will change from September 18, know...