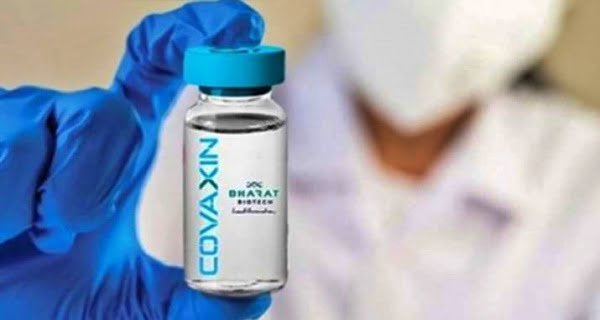 Bhopal: A 42-year-old volunteer 42-year-old who underwent the clinical trial of the Corona Vaccine vaccine ‘Covaxine’ in a private hospital in Bhopal in the first fortnight of December last year. He died only days later. However, doctors have expressed doubts about the cause of his death. A government official expressed suspicion of consuming the poison and said that only after the viscera test would the exact causes of his death be known.

Vice-Chancellor of People’s Medical College and Hospital, Bhopal, Dr. Rajesh Kapoor told on Saturday that Deepak Marawi had participated in the trial of the Covaxine vaccine conducted on December 12, 2020, at People’s Medical College. Director of Madhya Pradesh Medico-Legal Institute, Dr. Ashok Sharma said that the doctor who did the postmortem of the deceased suspects that he died of poisoning.

However, he said that the exact cause of death would be known by his viscera investigation. Dr. Kapoor said that after the death of Marawi on December 21, we informed the Director General of India and Bharat Biotech, who are the producers and sponsors of this trial.

The family members of the deceased Marawi said that he was a laborer. He claimed that Marawi and his accomplice were given an injection of covaxine on 12 December during the trial. He said he was uncomfortable when he returned home. He complained of shoulder pain on 17 December and then two days later, foam came out of his mouth. But he refused to show the doctor, saying he would recover in a day or two.

He said that when his condition deteriorated on 21 December, he died on the way while taking him to the hospital. Bhopal social activist Rachna Dhingra claimed that neither Marawi’s consent to participate in the clinical trial was obtained nor was she given any proof of her involvement in the practice. However, the hospital denied the charge.

Govt. says, GST rate reduction on sanitizers would help neither manufacturers nor consumers

15/07/2020
New Delhi: The government today said, reduction in the GST rate would help neither manufacturers nor consumers. The issue of the GST rate on...

31/07/2020
New Delhi: The Supreme Court has currently banned the registration of vehicles with Bharat Stage-4 (BS-4) emission standards. The court on Friday directed the...

23/12/2020
Beijing: The Chinese Army entered the controversial South China Sea (SCS) challenging its (country's) claim to the US Navy's destroyer ship. Claimed to be...

14/11/2020
Mumbai: Actress-singer Ila Arun says that the audience mainly knows her as a famous Rajasthani folk singer, but in fact, she is an actress...

19/09/2020
New Delhi: According to reports, the National Investigation Agency (NIA) has arrested 9 suspects, exposing a large network of Al-Qaeda. It is being told...