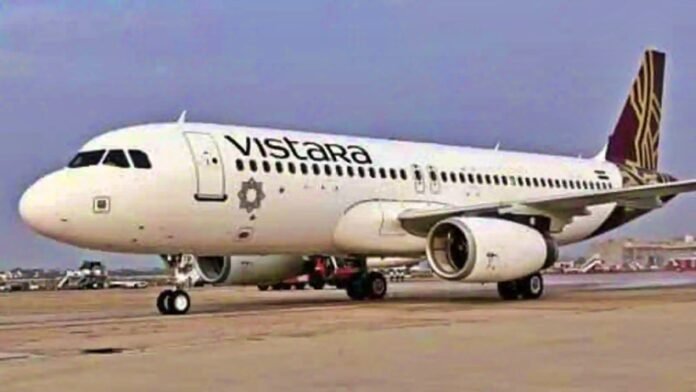 Mumbai: Mumbai-bound Vistara aircraft landed back in Varanasi after it suffered a bird hit on Friday, officials said. The Directorate General of Civil Aviation (DGCA) in a statement said, “Vistara A320 aircraft VT-TNC operating flight UK622 (Varanasi-Mumbai) was involved in an air turn back to Varanasi due to a bird hit. The aircraft has landed safely in Varanasi and the radome is damaged. Aircraft is declared aircraft on the ground (AOG).

A Vistara spokesperson said another aircraft was sent from Delhi to fly the passengers from Varanasi to Mumbai. “Vistara flight UK 622 operating Varanasi to Mumbai on 05 August 2022 turned back to Varanasi due to a bird strike during departure. Due to a maintenance inspection of the aircraft being required, another aircraft has been sent from Delhi to Varanasi to fly the passengers to Mumbai. It has been our constant endeavor to minimize inconvenience to our customers in such unavoidable situations whilst keeping safety as our topmost priority,” the statement said.

According to a PTI report, the incident is the second such incident in two days as a Go First flight had returned to Ahmedabad after suffering a bird hit. Shortly after departing from the Ahmedabad airport around 6.15 am on Thursday, the plane suffered a bird hit that forced it to return.

Meanwhile, the DGCA has dismissed concerns regarding regular snags and has said the incidents did not have the potential to cause havoc. The Aviation watchdog’s chief Arun Kumar had last week said The country’s civil aviation space is “absolutely safe” and all the protocols laid down by the International Civil Aviation Organisation (ICAO) is followed.

Against the backdrop of a spate of technical snags suffered by Indian airlines in recent weeks and DGCA curtailing operations of SpiceJet, Kumar stressed that there is no need to panic as none of the events have been reported/discussed had the potential to cause havoc. “All the snags experienced are routine and happen with all airlines and all types of fleet. In the last 16 days, even for the foreign operators who come to India, we have seen 15 technical snags, which have been attended to and rectified.

In which city of India from what time will the last lunar eclipse of...

08/04/2021/1:19:pm
New Delhi: Due to the spread of the Corona epidemic in the country, the country's debt-GDP ratio has reached a historical level. According to...

1000 passengers from African countries came to Mumbai within 15 days

30/11/2021/9:17:am
New Delhi: Omicron updates have raised concerns all over the world including India. It is said to be the most dangerous compared to all...