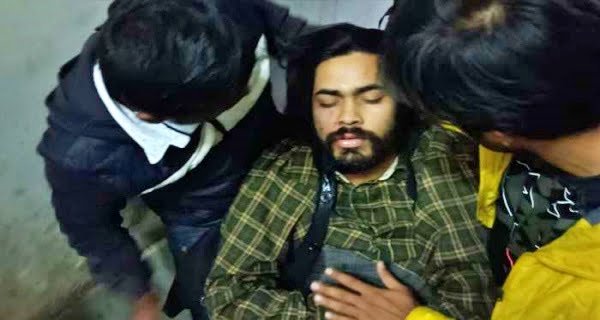 New Delhi: Violence erupted once again between student organizations in the country’s prestigious Jawaharlal Nehru University (JNU) located in the national capital Delhi. It is reported that more than 12 students were injured in a clash last night between the members of Left alliance All India Student Association (AISA), the Students Federation of India (SFI), and Akhil Bharatiya Vidyarthi Parishad (ABVP). The condition of 3 of the injured students remains very critical. Students’ union members said that the seriously injured students have been admitted to AIIMS in New Delhi.

According to the information, there has been a debate and scuffle between two groups of students inside JNU in Delhi on Sunday evening. According to the information so far, there was an argument between the Akhil Bharatiya Vidyarthi Parishad and the Left-backed students over some issue, after which the quarrel escalated to such an extent that a scuffle ensued. In the complaint given to the police, the students of both groups have accused each other of assault.

According to DCP South West Gaurav Sharma, on Sunday, there was information about sloganeering and fear of quarrels in the police station Vasant Kunj North. The police immediately answered the call. However, there was no quarrel on the spot. On inquiry, it was found that there was a heated argument between two groups of students over holding a meeting in the student union hall.

JNUSU has not filed any complaint yet. At the same time, students associated with ABVP went to the police station and gave a written complaint. Along with this, a student belonging to the Left has also given a complaint. Both sides are accusing each other of disturbing the meeting and assaulting the other side. Further, the investigation is on and legal action will be taken accordingly.

Fear of terrorist attack in India, ISIS-Khorasan may target temples and Hindu leaders

02/09/2021/8:33:pm
New Delhi: After the Taliban occupation of Afghanistan, the threat of terrorist attacks in India has increased continuously. At the same time, according to...

12/08/2021/10:10:pm
Kabul: Afghan government mediators have proposed a power-sharing proposal with the Taliban during peace talks in Doha. According to the news published on the...

28/07/2021/10:24:am
Mumbai: Bollywood actor Farhan Akhtar is very busy shooting for his films. Recently Farhan Akhtar's film Toofan was released which got a positive response...

04/08/2021/9:12:am
Tokyo: India's star athlete Neeraj Chopra topped the Tokyo Olympics javelin throw event qualifying here on Wednesday, but his compatriot made it to the...