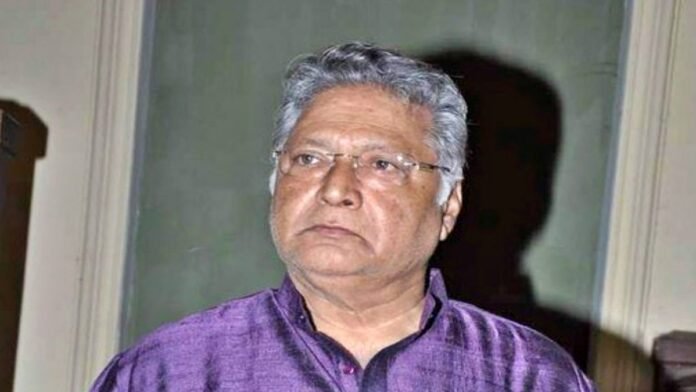 Mumbai: Vikram Gokhale Hospitalised: Veteran actor Vikram Gokhale, who has appeared in blockbuster films like ‘Agneepath’, ‘Hum Dil De Chuke Saman’ and ‘Bhool Bhulaiyaa’ in Bollywood, has been admitted to a hospital in Pune after his health deteriorated. . It is being said that Vikram is in Deenanath Mangeshkar Hospital in Pune for the last 15 days. But his condition still remains critical.

According to media reports, there has been no improvement in Vikram’s health. Even at this time, his condition remains critical and allegedly no response has come from the doctors regarding the actor. In such a situation, the actor’s family is also very upset. No official statement of any kind has also come out from the family side.

This is how the news came out
News agency ANI has given information about the deteriorating health of the veteran actor through its Twitter handle, the agency has told through its tweet that the condition of the actor remains very serious. In its tweet, the agency wrote, a few days back veteran actor Vikram Gokhale was admitted to Deenanath Mangeshkar Hospital in Pune. But his condition still remains very serious.

Please tell me that Vikram Gokhale has played brilliant roles in many Hindi and Marathi films. He has acted in several films like Sanjay Leela Bhansali’s Hum Dil De Chuke Sanam, Bhool Bhulaiyaa, Mission Mangal, Dil Se, De Dana Dan, Hichki, Nikamma, and Agneepath. Has played such characters, who have left a deep impression on the hearts of the audience.

10/08/2020/7:51:pm
New Delhi: Former President Pranab Mukherjee said on Monday that during the investigation it has been confirmed that he has been infected with Coronavirus....

31/08/2022/9:44:am
New Delhi: The government of Pakistan, which is facing the problem of economic crisis and terrible floods, has considered starting trade with India. At...

Story of 36-year-old grandmaster is very sad, the story of devastation in Ukraine after...

If you do mobile recharge or bill payment with debit or credit card, payment...

Know some unheard things related to Neetu Kapoor on her birthday