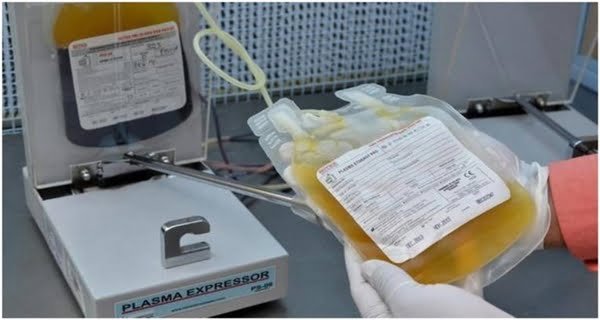 New Delhi: The Central Drugs Standard Control Organization (CDSCO) issued a notice stating that ‘Convulsant Plasma’ (therapy) can be used in mildly symptomatic Kovid-19 patients, whose condition has not improved even after being given steroids. is. This notice was issued on Wednesday in relation to the ‘Clinical Management Protocol’ updated on 27 June by the Union Ministry of Health. The ministry had allowed plasma therapy to treat patients with mild symptoms of Kovid-19.

“This is in relation to the Clinical Management Protocol issued by the Government of India, in which the Ministry of Health has referred to some therapy as an investigational therapy,” the CDSCO said in the notice issued on the information on Convulsant Plasma in Kovid-19. In which convulsive plasma is indicated by plasmapheresis as ‘off-label’ in COVID-19. “Off-label” herein implies a drug or any therapy even if not officially proven. Used to treat a disease.

“Convulsant plasma therapy can be used for those with mildly symptomatic Kovid-19 patients whose condition is not improving despite being given steroids,” the notice states. In plasma therapy antibodies are taken from the blood of cured Kovid-19 patients and offered to Kovid-19 patients. According to the data updated by the Union Health Ministry at 8 am, Kovid-19 cases in India crossed six lakhs on Thursday, taking the number of people who lost their lives to 17,834.

After Bihar, UP, bats suddenly die in MP

Which is the happiest country in the world? India is in 139th position on...

State bank increased interest rates on FD, check how much return you will...

13/12/2022/4:45:pm
New Delhi: After the increase in the repo rate by the RBI, banks have also started increasing interest rates. Apart from increasing the interest...

Made in India Hydrogen Fuel bus launched in Pune, technology is...