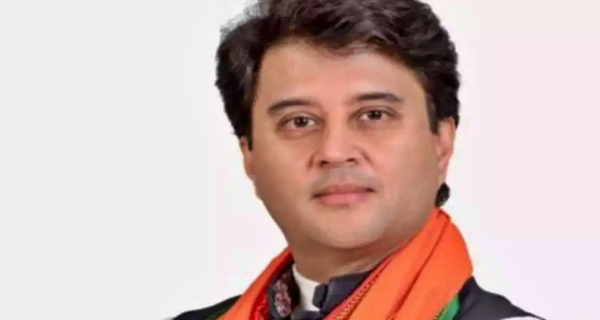 Bhopal: Jyotiraditya Scindia’s Facebook account was hacked as soon as he became a Union minister. Now, this issue has also become a reason for politics. It is not yet known who hacked the account, but BJP has expressed apprehension. Obviously, the doubt is on Congress itself. In this case, BJP workers have lodged an FIR in Gwalior.

BJP’s state media in-charge Lokendra Parashar has said in his statement that he fears that some Congressman will be behind the hack. He said that BJP workers have lodged an FIR in Gwalior. The police have started an investigation. Action will be taken against the guilty after the conclusion that will come out in the investigation. But he doubts that some Congressman will definitely be involved in this. However, Congress has rejected these allegations and said that BJP is misleading the issue.

The account had to be recovered
As soon as Jyotiraditya Scindia’s IT team came to know that his social media account had been hacked, he immediately swung into action and started trying to recover the account again. The posted video was also removed. At present, an FIR has been registered in this case in Gwalior. Scindia’s personal IT team is also trying to find out who the hacker is.

01/07/2021/5:09:pm
Geneva: The World Health Organization has again expressed concern about the Coronavirus. According to WHO, in Europe where the cases of the corona were...

No entry of devotees in Bhasma Aarti of Mahakal, number of pre-bookers will also...

19/03/2021/2:37:pm
Ujjain: Devotees will not be able to attend the Bhasma Aarti of Mahakal Baba of Ujjain, one of the twelve Jyotirlingas of the country....