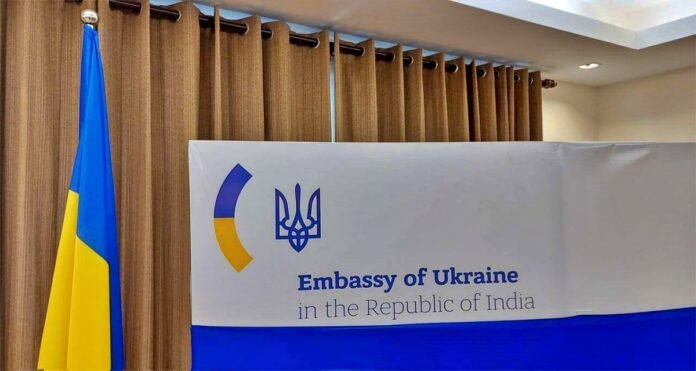 New Delhi: The fierce war in Ukraine continues today for the 13th day. Russia is attacking Ukraine from all sides. Due to this, the tragedy there has become worse. Millions of people are fleeing Ukraine. In such a situation, Ukraine’s intention is to isolate Russia. But he is losing to Russia in his own country, in other countries also he is not able to stand before the Russian official in many cases. In India too, the Ukrainian official has suffered a deep setback. In fact, Ukrainian officials had requested the FSAAA, a Delhi-based organization related to defense, to expel Russian officials, which has been turned down. The FSAAA is an association of foreign diplomats in India consisting of officials from 63 countries.

In the FSAAA i.e. Foreign Service Attaches and Adviser Association in India, the Ukrainian authorities had applied to ban the Russian officer and expel him from the union. But this request has been rejected.

Ukraine’s request rejected in the meeting
European Union countries also supported Ukraine’s diplomatic defense corps’ plan to expel Russian counterparts from India’s FSAAA. The FSAAA is a private organization for defense-related matters in India, overseen by foreign diplomats. And it has members from 63 countries, including people from the countries of the European Union. Russia has seven members in the FSAAA while Ukraine has two members. According to the news of the Indian Express, last week the members of Ukraine with the help of the European Union had requested the expulsion of Russian members from the union. The expulsion of all Russian members was discussed at a meeting of the FSAAA’s executive board, but Ukraine’s request was rejected.

No rules for bilateral matters
There are two reasons for not expelling Russian officials. The first is its charter rules and the second is Russia’s sensitive relationship with the guest country ie India. India has also intervened in this matter. Now its members await the next move of the executive board. Brigadier General Phumzile Callingworth Zamile Fongoqa, dean of the FSAAA, said that such a proposal had come up in the meeting but he declined to give any information, calling it a personal and internal matter.

He said that we are a non-political organization formed for better coordination between defense diplomats of all countries and India. There is no rule in our charter to discuss bilateral matters. We follow the guidelines of the charter.

24/07/2020/10:31:pm
Mumbai: Bollywood actor Amitabh Bachchan is admitted to Nanavati Hospital in Mumbai after being infected with the coronavirus. Amitabh's fans are praying for his...

Vivek Oberoi Is “Most Experienced” Officer In Rohit Shetty’s Squad

Donors’ grace on BJP! donations of Rs 785 crore received in...