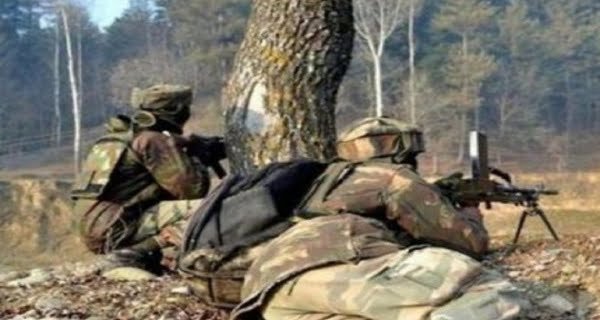 Srinagar: Two unidentified militants were killed in an encounter between security forces and terrorists on Tuesday night in Budgam district of Jammu and Kashmir.

A police official said that after receiving intelligence about the presence of militants, security forces cordoned off Chandura area of ​​Budgam district at around 7 pm on Tuesday and launched a search operation. He said that the operation turned into an encounter after the militants opened fire on the security forces at around 9 pm. The official said that two unidentified militants were killed in the encounter which lasted for about four hours. The terrorists and their organization are being identified, he said. According to the preliminary investigation, there are indications that a terrorist is a foreigner.

29/06/2020
London: The 20-member team of Pakistan has reached England tour on Sunday afternoon. Now she will remain in quarantine for 14 days. The Pakistan...

20/10/2020
Jaffarpur: A major train accident occurred in Bihar on Tuesday. Two coaches of Purvanchal Express derailed near Muzaffarpur. However, no casualties were reported during...

Rescue & relief measures on at flood-hit areas of Assam

17/07/2020
Gauhati: In Assam, rescue and relief measures are on at flood-hit areas though the situation is slightly improved. Talking to AIR News, Public Health...

US congressional Democrats to unveil US police reforms plan

08/06/2020
Washington: US congressional Democrats announced on Monday that they plan to unveil a sweeping package of legislation to combat police violence and racial injustice,...