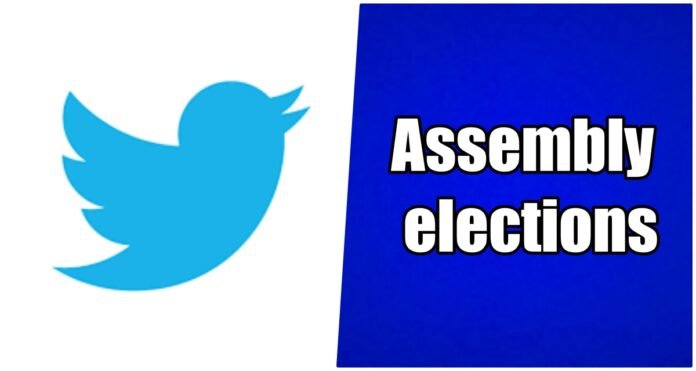 Assembly elections are to be held in five states of the country next month. On the one hand, political parties are preparing for this, while on the other hand, the social site Twitter has also started preparing to provide facilities on a large scale to its subscribers. Anyway, in the election era, the importance of Twitter both for information and propaganda has increased tremendously.

Describing these, microblogging site Twitter said that its aim is to inform citizens about their rights with the right knowledge before casting their vote. For this, it has started things like customized emoji, notifications, voter education quiz for voters.

What will be the updates?
Twitter India has released many such hashtags, in which people will get information related to elections. This includes hashtags like #AssemblyElections2022, #JagrukVoter among many others.

Also, people can sign-up to set reminders on the day of voting. A voter education quiz will be started to give election information to its people. It will be operated by the Election Commission. With this people will also get real-time details about the elections.

According to Twitter, at the time of elections, people come to Twitter for information related to voting, candidates, and manifestos of parties. Apart from this, healthy political debates and discussions take place on this platform.

As a medium of public communication, Twitter is committed to enabling the general public to make informed, informed decisions so that people can exercise their civil rights in the right way.

20/02/2021/10:05:pm
Mumbai: Isabella Kaif, sister of Katrina Kaif, considered one of Bollywood's successful actresses, has also stepped into the film world. In Bollywood, she is...

24/09/2021/8:54:pm
Washington: US Secretary of State Antony Blinken with Pakistan Foreign Minister Shah Mahmood Qureshi on the sidelines of the 76th session of the United...