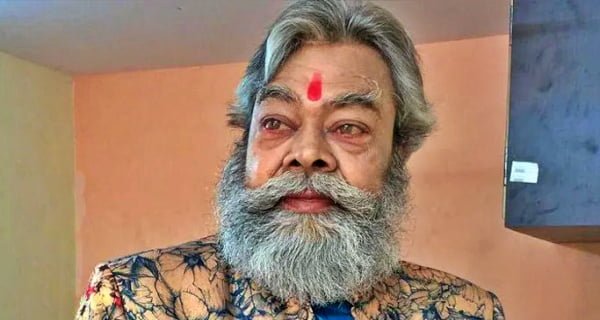 Lucknow: Famous TV artist and actor Anupam Shyam Ojha, who has worked in many films, died on Sunday in a private hospital in Mumbai after a prolonged illness. Anupam was a resident of Station Road in Pratapgarh, UP. There is a wave of mourning in Pratapgarh due to the death of Anupam Ojha. Anupam Shyam aka Sajjan Pratigya and Balika Vadhu had also left a mark of acting in superhit serials.

Chief Minister Yogi Adityanath condoled the death of Anupam Shyam Ojha by tweeting. The Chief Minister tweeted and wrote, ‘The demise of famous actor Anupam Shyam Ojha is extremely sad. My condolences are with the bereaved families. Prabhu Shri Ram is prayed to grant the departed soul a place at his feet and strength to his bereaved family members and fans to bear this loss. Peace!’

Learned acting from Lucknow
Anupam Shyam, a resident of Pratapgarh, Uttar Pradesh, started his career in the year 1993. He did his schooling from Pratapgarh itself. After this, he studied theater at Bhartendu Natya Academy, Lucknow. Not only this, after that he started working in Shri Ram Center Rangamandal in Delhi. After this, he went to Mumbai with the dream of acting.

Outcry from Corona in Shanghai, army sent to deal with situation, 26 million...

04/04/2022/10:24:am
Beijing: The situation is getting worse due to the increasing cases of Coronavirus in China. Corona infection has spread in more than two dozen...

25/07/2020/10:24:am
Mumbai: Amitabh Bachchan is in Nanavati hospital since he was found corona positive. However, in the meantime, Big B is active on social media....