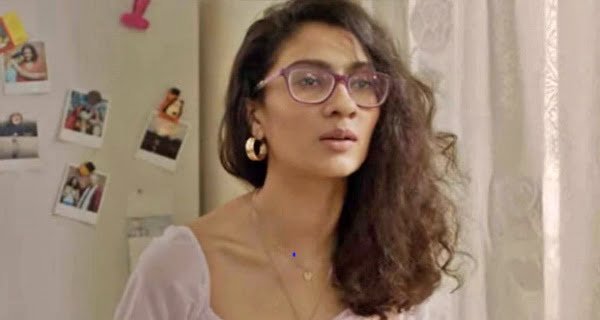 Mumbai: Renee Sen, the eldest daughter of former Miss Universe and Bollywood actress Sushmita Sen, will make her career in Bollywood. Rini Sen is going to make her Bollywood debut as an actress in the short film ‘Suttabaazi’. Thursday is Sushmita Sen’s 46th birthday.

On the occasion of Sushmita’s birthday, the trailer of her eldest daughter’s short film ‘Suttabaji’ has been released on November 19. As the name suggests, the film is based on the theme of smoking. The film is directed by Kabir Khurana. Kabir Khurana had shared the poster of this film on social media a day ago. Rini Sen has played the character of a 19-year-old girl in the movie ‘Suttabaji’. Named after the girl who smokes. The trailer of the movie ‘Suttabaji’ is about 1 minute long. Rini Sen’s acting is being praised in this.

The film’s trailer shows him having to live with his parents due to a lockdown. She gets upset due to her smoking habit. In the family that is shown in this film, everyone often fights with each other.

Rini Sen has played the lead role in ‘Suttabaji’. Rahul Vohra and Komal Chhabradia have played the role of his parents. The film is directed by Kabir Khurana. This film of Kabir is going to be released next month. The trailer of her daughter’s film on Sushmita Sen’s birthday is a gift for her.

Before the corona vaccination starts, the British PM said – the fight against Covid-19...

03/12/2020
London: British Prime Minister Boris Johnson has warned that the Pfizer-BioNTech vaccine (Vaccine) has been approved for the prevention of Covid-19. The fight against...

10/01/2021
New Delhi: Aryan Jain, a high school student of Gurugram is also among the winners of an app development competition organized by NASA. According...