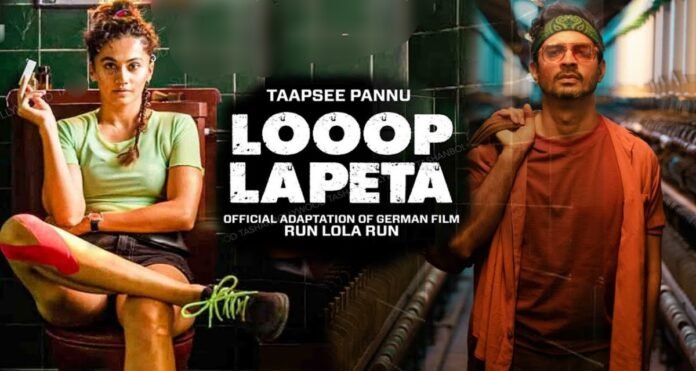 Mumbai: The trailer of the film ‘Loop Lapeta’ has been released. This film has been directed by Akash Bhatia. Actress Taapsee Pannu and Tahir Raj Bhasin will play lead roles in this film. The film is a Hindi dub based on the German film ‘Run Lola Run’. The film will be released on Netflix on February 4.

Fans are eagerly waiting for the release of this film. In this film, the actress is playing the character of Savi and Tahir Raj Bhasin as Satya. Tahir Raj Bhasin is the boyfriend of Taapsee Pannu in this film. Satya is addicted to going to the casino. Satya loses 50 lakh rupees in gambling and gets into big trouble.

25/11/2020/10:41:am
New Delhi: Senior Congress leader Ahmed Patel passed away early Wednesday. This information was given by his son Faisal Patel through a tweet. At...

01/12/2021/9:07:pm
Bollywood actor Sanjay Dutt has praised the culture, food, and people of Arunachal Pradesh. The actor has become the brand ambassador of the '50...