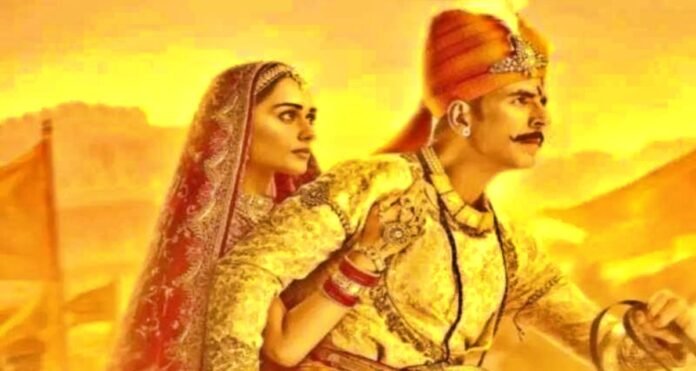 Mumbai: The trailer of the much-awaited film ‘Prithviraj’ starring Bollywood actor Akshay Kumar has been released today. Viewers are delighted to see this powerful trailer. Akshay Kumar is seen in the role of Prithviraj Chauhan in the trailer. At the same time, actress Manushi Chillar is seen in love with Prithviraj Chauhan in the role of Sanyogita. Actor Sonu Sood is seen in the role of Kavi Chandravardai and Sanjay Dutt as Kaka Kanha and Mohammad Gauri as Manav Vij and Ashutosh Rana as Jaichand. A glimpse of war is also being seen in the trailer of this film directed by Dr. Chandraprakash Dwivedi. This war is going on between Prithviraj Chauhan and Mohammad Gauri. The trailer of this film has been released on Yash Raj Films’ YouTube channel. The film will be released in theaters on June 3 in Hindi, Tamil, and Telugu languages.

The groom fighting with Corona married in hospital, watch video

Pakistan doesn’t have an ambassador, yet passed the resolution against France

28/10/2020/10:23:am
Islamabad: The Pakistan government on Tuesday passed a resolution in its National Assembly against the statement made by French President Emmanuel Macron on Islam....

06/03/2022/10:16:am
California: Russia is paying a huge economic price for attacking Ukraine. Under the leadership of America, Western countries have intensified the process of imposing...

07/01/2021/10:11:pm
Colombo: Despite strong opposition from the minority Muslim community, the Health Minister of Sri Lanka on Thursday said that for those who died of...

Vaccination of adolescents age group of 12 to 14 years will start after March...