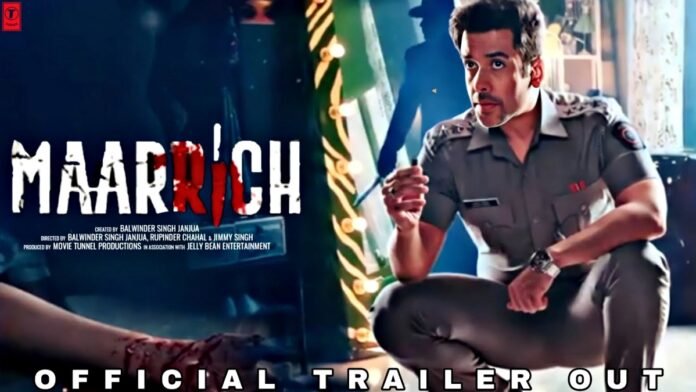 Mumbai: Bollywood’s famous actor Tusshar Kapoor is going to make his comeback on the big screen after a long time. He will soon be seen in the film ‘Maarrich’ full of murder, suspense, and thriller. He will be seen in the role of police officer Rajeev in the film. Who will be seen doing the investigation of the murder mystery? The trailer of this film has been released today. The trailer of the film has been released on the YouTube channel of NH Studios. Apart from Tusshar Kapoor, Naseeruddin Shah, Rahul Dev, and Anita Hassanandani will also be seen in important roles in the film. The film will be released in theaters on 9 December 2022.

Famous film critic Taran Adarsh ​​has given information about the trailer release of ‘Marich’ on his official Instagram handle. Taran has written about this comeback film of actor Tusshar Kapoor that – two brutal murders and 6 suspects and a courageous policeman. Here is the wonderful trailer of Tusshar Kapoor and Naseeruddin Shah’s crime thriller film ‘Marich’. By watching this trailer, it can be easily guessed that this film is a thriller full of suspense. It will be really interesting to see how Tushar in the character of Inspector Rajeev will expose the murderer.

04/05/2022/10:44:pm
New Delhi: The announcement made by the Reserve Bank on Wednesday to control inflation created an outcry in the stock market. Due to the...

03/03/2022/3:04:pm
Mumbai:  Tourism Australia is delighted to be welcoming back travellers from India with borders now open for quarantine-free travel, for fully vaccinated visa holders. Pre-Covid, India was...

10/12/2020/2:01:pm
Abu Dhabi: Israeli Prime Minister Benjamin Netanyahu has announced that the vaccination of people in his country to prevent coronavirus infection will begin on...