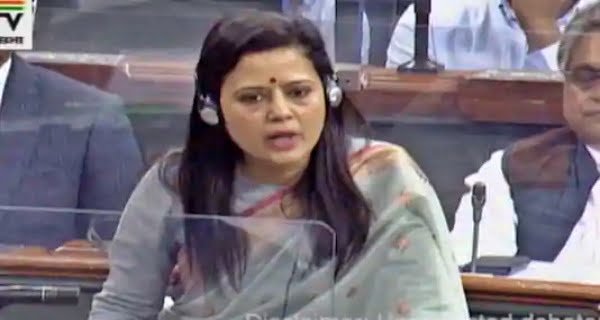 New Delhi: Trinamool Congress MP Mahua Moitra on Monday accused the government of ‘defining cowardice as courage’ and said that the Citizenship Amendment Act would bring in the Economy Situation, bringing three agricultural laws on the strength of majority are examples of this. During the discussion on the motion of thanks on the President’s address to the Lok Sabha, Mahua Moitra made a comment about a former Chief Justice of the Supreme Court. This was opposed by BJP members and the government.

Arjun Ram Meghwal, Minister of State for Parliamentary Affairs, objected to his remarks and said that this type cannot be mentioned. At the same time, BJP MP Nishikant Dubey objected to this, citing the rules. Presiding Chairman NK Premachandran said that if anything offensive was found in Mahua Moitra’s point, it would not be kept on record.

Moitra said, “The judiciary is no longer holy.” He then made disputed remarks about a former Chief Justice of the Supreme Court. Targeting the government, the Trinamool Congress member said that some people call the strength of power, bigotry, untruth the courage. He said that this government has made cottage industry to spread misinformation and misinformation.

Moitra said that his (government’s) biggest success is to define cowardice as courage. The Trinamool Congress MP said that this government worked unilaterally to enact the Citizenship Amendment Act but could not notify its rules even after a long time passed.

Referring to the economy, he alleged that India was the worst performing country in the year 2020. He claimed that the economy would not grow for two years. Referring to the three disputed agricultural laws, Moitra said that the government brought in agricultural laws while the opposition and farmer organizations were calling them anti-farmer. He said that these were brought without consensus and without review and were brought on the strength of majority. The Trinamool Congress MP said that she wants to ask the ruling party at the center whether democracy will run in this way, will one party rule in the country.

23/01/2021/10:04:pm
Moscow: Russian police on Saturday arrested hundreds of Protesters who protested on the streets demanding the release of Alexei Navalny, the government's most ardent...

29/12/2020/10:17:am
Chennai: Karima Begum, the mother of Oscar Award-winning composer AR Rahman, died on Monday. Rahman has uploaded a picture of his mother without a...

05/03/2021/10:37:am
New Delhi: Indian Railways has given relief to the common man by operating one and several trains once again. Secondly, by increasing the fare...