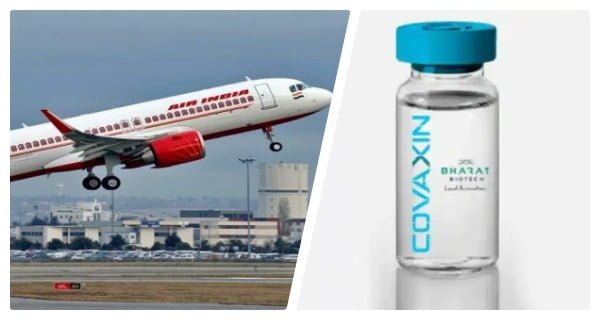 New Delhi: In view of Coronavirus infection, most countries including India have banned international flights. However, there are some countries that are now removing these restrictions. Meanwhile, Bharat Biotech, the company that manufactures the corona vaccine in India, has written a letter to the World Health Organization (WHO) applying to put Covaxin on the list of emergency use. If all goes well, it will be beneficial that people who have got the vaccine in India will be able to travel abroad till September.

Bharat Biotech has expressed hope in this regard that between July and September, Covaxin will be approved by the regulator. If this happens, then the people who got it installed will be able to travel abroad. The process of including Covaxin in the list of approved vaccines is going on in about 60 countries including America, Hungary, Brazil.

So far, the US, Canada, Australia, Ireland and European countries have not included Covaxin in the list of approved vaccines. Explain that during the Corona period, vaccination has been made the basis for travel to other countries. The WHO has prepared a list of those vaccines, which people who get it will be considered eligible to go to other countries.

According to the Union Health Ministry, more than 31 lakh doses of corona virus vaccine were administered on Monday. With this, the total number of doses of Kovid vaccine in the country has crossed 23.59 crore. The ministry said that on Monday 16,07,531 beneficiaries in the age group of 18-44 years were given the first dose while 68,661 people in the same age group were given the second dose.

Railway’s statement amid Corona’s second wave, will train to stop?

14/04/2021/12:02:pm
New Delhi: In view of the increasing cases of Corona, the state governments have started increasing restrictions. Night curfew has been imposed in many...

25/03/2021/9:21:pm
Seoul: North Korea test-fired ballistic missiles for the first time on Thursday after taking over President Joe Biden in the US. North Korea's move...

04/07/2020/10:27:am
Health is wealth, no matter how much money you earn, but if your body is not healthy, then everything is useless. Irregular lifestyle and...