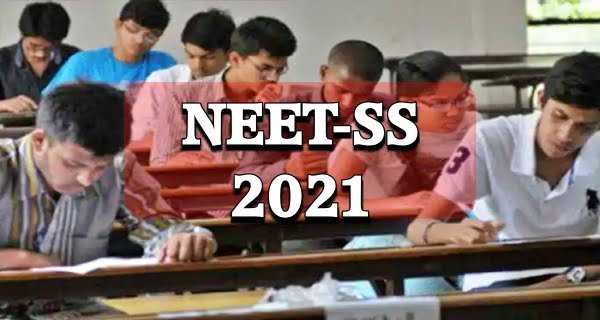 It has been said in the affidavit that changes have been made to make the NEET-SS exam more flexible for the candidates so that the test of the students is based on the same course which they already know.

The government had already proposed that the exams to be held in November may be extended till January 2022 to give more time to the students to prepare.

On Wednesday, the government said it would need two months to do the work required for the January 2022 exams, as thousands had registered and question papers have already been set as per the new pattern. Bhati said that we will need two months because the whole process has to be changed. The revised pattern has been prepared in such a way that no seat in NEET-SS remains vacant.

Let us inform you that the notification for the examination was issued on 23 July 2021. However, on August 31, another notification was issued, in which information related to the change of pattern was given. NBE was informed about this change when only two months were left in the exam. NEET-SS 2021 exam was scheduled to be held on November 13 and 14.

Suicide attack in Kabul kills 10, including school children, injures 20 others

Major militant attack in Manipur, 7 killed including wife and child of commanding officer...

13/11/2021/8:29:pm
New Delhi: In Manipur, the commanding officer of the Assam Rifles and his family were ambushed by militants. The attack took place on Saturday...

Big decision on foreign vaccine – US, Japan, and UK vaccines do not need...

31/10/2021/10:19:pm
Indore: Now the journey from Indore to Allahabad, Jodhpur, and Surat will be easy. In fact, budget airline company Indigo on Sunday started six...