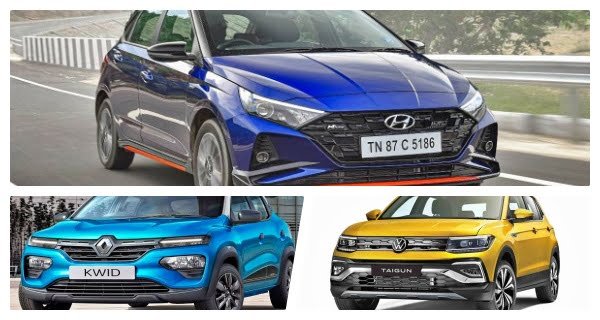 New Delhi: Today we are going to tell you about the three cars which have been launched in the Indian market within the last 30 days. These cars include 2021 Volkswagen Taigun (Volkswagen Taigun), Hyundai i20 N Line (Hyundai i20 N) and 2021 Renault Kwid (2021 Renault Kwid). We will tell you about the performance and price of these three cars. After this, you will be able to decide for yourself which of these new cars will be the best in your budget. So let’s have a look…

The starting ex-showroom price of the 2021 Volkswagen Taigun in the Indian market is Rs 10.50 lakh, which goes up to Rs 17.50 lakh on its top variant.

The starting Delhi ex-showroom price of the Hyundai i20 N Line is Rs 9.84 lakh, which goes up to Rs 11.91 lakh on its top-end variant.

12/02/2021/10:29:pm
Nagpur: Five prisoners, including the underworld Don Arun Gawli, who have been locked up in the Nagpur Central Jail, have been found to be...

17/08/2020/9:21:pm
Mumbai: Other borrowers, including the State Bank of India (SBI), are looking for alternatives for home loan restructuring so that the total tenure of...