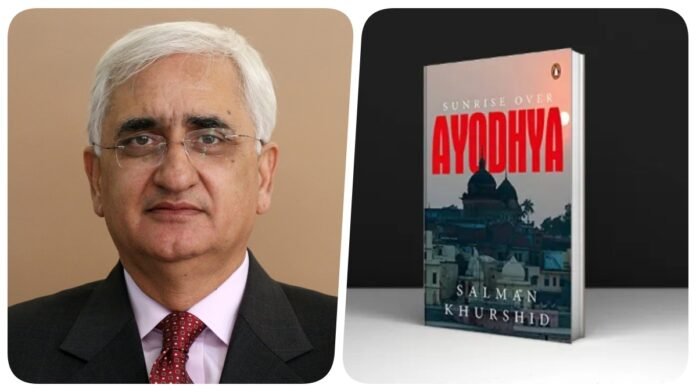 New Delhi: The Delhi High Court on Thursday moved a petition seeking a stay on the publication, circulation, and sale of Congress leader Salman Khurshid’s book “Sunrise Over Ayodhya: Nationhood in Our Times”. Rejecting that what can he do if people are “feeling so sensitive”.

The court was hearing a plea by advocate Vineet Jindal, who claimed that the former Union minister’s book “hurts the faith of others” as it compares Hindutva with radical groups like ISIS and Boko Haram. Justice Yashwant Verma said, “Tell people not to buy or read books. Tell people it’s poorly written, read something better.”

The counsel for the petitioner claimed that this book can disturb public peace and it is the duty of all people to maintain peace. Dismissing the petition, the court said, “If people are feeling so sensitive then what can we do.” An additional civil judge here had, on November 17, refused to issue any immediate directions on a suit filed by Hindu Sena president Vishnu Gupta seeking a stay on the publication, circulation, and sale of Khurshid’s book. The court had said that the author and the publisher have the right to write and publish the book.

IndiGo will give 25% discount on airfare by the end of the year to...

The remaining matches of IPL 2021 will be held in the UAE, the finals...

02/03/2021/8:38:pm
Washington: Two Republican Party MPs have introduced a bill in the House of Representatives calling for the US to restore formal diplomatic relations with...