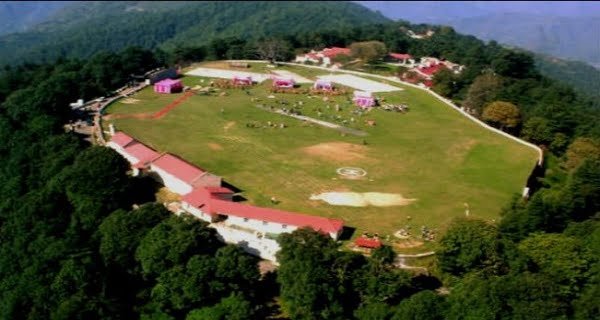 Work has been going on in full swing since 2013
According to reports, the formalities of land transfer and other necessary actions are in the final stages and will be completed soon. The design of the stadium has also been finalized. The work of this stadium has been in operation since 2013 and the ‘Lahaul-Spiti Cricket Association’ (LSCA) is involved in the construction of this stadium with a capacity of 10,000 spectators.

It is being told that Forest Department One has demarcated 38 bighas of land for the stadium. LSCA President Surendra Thakur has informed that permission is to be obtained from the government to start the construction process.

The stadium will remain closed during snowfall
LSCA President Surendra Thakur said, “A few days ago the General Secretary of the Association Tenzin Karpa, Joint Secretary Sanjay Yarpa, Members Ashok Bata and Virendra Thakur, and I went to the Cabinet Ministers Ram Lal Markanda, who are willing to join the project. Huh.”

Chail has the highest pitch in the world, at an altitude of about 8,000 feet. But the ‘Himachal Pradesh Cricket Association Stadium’ of Dharamshala is the highest international cricket stadium. Maharaja Bhupinder Singh of Patiala had prepared the Chail ground in Shimla district in 1893. The Dharamshala Stadium is at an altitude of 4,780 feet, which was built in 2003.

Regarding the temperature and climate in Lahaul, the LSCA president said, “Sisu Maidan will remain closed in winter after the first snow fall. Between May and October, when Sisu temperature is between 15 and 25 degrees Celsius, this will be a suitable season for cricket. Being a rain shadow area, Lahaul can be an ideal destination. ”

This new stadium of the cricket world will be at a distance of 7 kilometers from the north portal of the recently built Atal tunnel. The Atal Tunnel, which is a new example of engineering and has made Sisu a new tourist destination of Sisu Lahaul, will become four moons after the construction of this new stadium.

18/10/2020
Harrisonburg (United States): The reason for the large fire and explosion at a shopping center in Harrisonburg, Virginia is under investigation. At least five...

14/04/2021
Mumbai: Increasing cases of Coronavirus have once again created problems for people. The Maharashtra government has decided to impose a lockdown to protect people...

22/01/2021
Washington: Young Indian mathematician Nikhil Srivastava has been declared the winner of the prestigious 'Michael and Sheila Held Prize of Mathematics' (Winner). Nikhil has...

28/06/2020
Bhopal: In Madhya Pradesh, along with online studies, the School Education Department has prepared to provide a school environment in the homes. Now the...

02/11/2020
Jaipur: The Gujjar Reservation Movement is beginning to show its effect. Regarding the movement, a faction of the Gurjar Samaj, which is divided into...