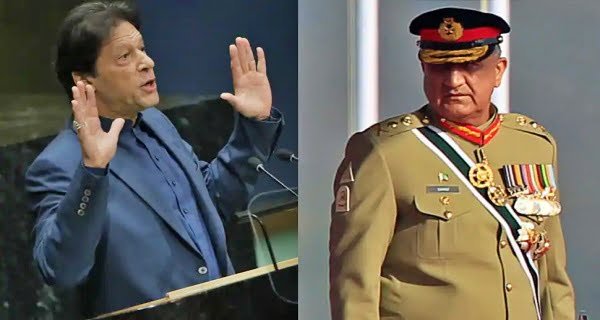 New Delhi: In Pakistan, the dispute between the government and the army has intensified over the appointment of the head of the intelligence agency ISI. Now sources even say that the army is preparing to remove Pakistan’s Prime Minister Imran Khan from the post. On November 20, Lieutenant General Nadeem Anjum is going to take over as the DG of ISI. The dispute between Imran Khan and Army Chief Qamar Javed Bajwa is at its peak regarding this. Bajwa wants ISI chief Lt Gen Faiz Hameed to be retained in the post.

Sources have informed news agency CNN about the two options that have been put before Imran Khan. The first option is that Imran Khan himself should resign from the post before November 20 and the second option is that the opposition will make changes in the house in Parliament. In both these options, Imran Khan’s departure is certain. Sources have also said that in the coming weeks, Pakistan’s ruling party Pakistan Tehreek-e-Insaf along with its two coalition parties Muttahida Qaumi Movement (MQM) and Pakistan Muslim League may leave.

Last week, the Pakistan government released hundreds of supporters of Tehreek-e-Labbaik Pakistan (TLP). So that the violent demonstrations can be ended. This group was protesting against the government of Pakistan. It demanded that its leader Saad Rizvi, who was arrested in April, be released.

In October, CNN reported that the army was creating tension between the TLP and Pakistan’s Imran Khan government. His aim was to bring Imran Khan on the back foot. Sources say that all this has happened because Army Chief General Qamar Javed Bajwa was angry with the government over the delay in the appointment of Lieutenant Nadeem Anjum and making him the DG of ISI.

10/11/2021/9:41:am
New Delhi: Nobel Peace Prize winner Malala Yousafzai has informed about her marriage on Tuesday. Yes, in this regard, he has also shared pictures...

Tikait thundered in the Mahapanchayat, said – will not leave Delhi border, even if...

05/09/2021/10:22:pm
Muzaffarnagar: In Muzaffarnagar, farmers organized a big Mahapanchayat against the agricultural laws of the central government. During this, the farmer leaders attacked the central...

22/02/2021/9:02:pm
Peshawar: Suspected Terrorists attacked a vehicle carrying NGO workers on Monday in the Northwest Tribal Region of Pakistan, killing four women on board. While...

01/10/2021/8:56:pm
Hong Kong: Police in Hong Kong on Friday stopped a pro-democracy protest by four people on China's National Day. This is the latest example...