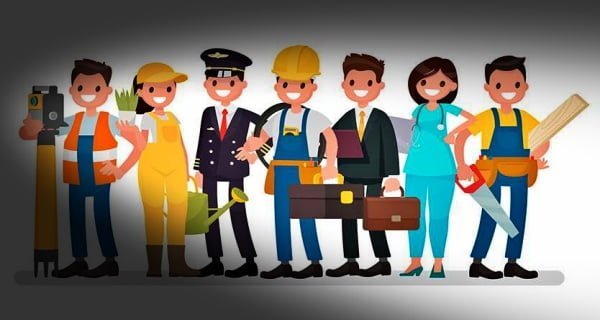 New Delhi: The Central Government is trying to implement the labor laws passed in Parliament in the country from April 1. According to information received from the Ministry of Labor, the Ministry is engaged in finalizing the rules related to the four bills. The government will notify in the coming few days as soon as it gets the President’s approval. Take-home salary is going to have a big impact as soon as the new labor code is implemented.

It may be noted that the Union Government passed four laws related to labor in Parliament. One of which was passed by Parliament in 2019, while the remaining three gave their approval in 2020. One of these four laws is linked to the wages paid to the workers.

The government passed the Code on Wage Bill, 2019 (Code on Wages Bill) last year to increase the benefits that private and government employees get after retirement. Labor laws such as the Minimum Wages Act, Wage Payment Act, Bonus Payment Act and Equal Remuneration Act have been included.

According to the proposed rules, the basic salary of an employee should be at least 50 percent of his total salary. This means that the allowance will not be more than 50% of the salary received every month. For this, companies will have to increase the basic salary of their employees. Due to which now the salary for taking the employees home will be reduced.

According to the new labor code:
If an employee works for more than 8 hours a day or more than 48 hours in a week, he will get overtime money twice the normal salary.
The draft of the new Labor Code proposes to make employees’ working hours up to 12 hours a day. Earlier this period was 9 hours and also included one hour rest.
The government has also set rules regarding the calculation of overtime. According to which an employee works for 15 to 30 minutes, then he will be counted as a full 30 minutes.

01/08/2020/8:37:pm
Cairo:A military court in eastern Libya sentenced a local photojournalist to 15 years in prison over terrorism-related defects, which was criticized by human rights...

26/07/2021/8:36:pm
London: Unseasonal torrential rains in London for the second time in the last two weeks have flooded homes, roads, and several subway stations. The...

Cake piece of Prince Charles and Diana’s wedding sold for £1,850 after 40 years