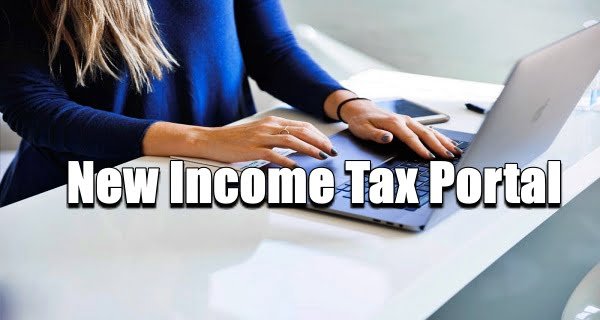 New Delhi: The Ministry of Finance, Government of India is going to launch a new Income Tax www.incometax.gov.in on 7 June 2021. The new portal will be more modern and will be very easy for the taxpayers. Because its purpose is to reduce the hassle for the taxpayers. Currently, the work of filing income tax returns and forms is currently done on the portal www.incometaxindiaefiling.gov. Earlier this portal used to facilitate the online filing of income tax returns, audit reports, and many other forms. In the last few years, many other modules have also been added to it which allow faceless assessment, appeal, and reply to notices. These come under its compliance section.

These problems were coming
The existing portal is currently functioning well, but near the due date, there have been instances of difficulties in its functioning, besides, less capacity in uploading documents of taxpayers, filing audit reports, or responding to assessments or other notices. There are cases of difficulties in giving. At the same time, it is also quite confusing for many taxpayers.

For the past few years, the Income Tax Department has been trying to integrate systems of automatic information exchange with different domestic and international authorities. The Income Tax Department is analyzing and collecting data on investments and other expenses of credit card companies, taxpayers. Taxpayers’ data is being analyzed at 360 degrees and the department has also included Artificial Intelligence to prevent tax evasion.

In addition, the Ministry of Corporate Affairs has also launched version 3.0 of the online portal to improve existing services and modules and include e-education, compliance management system, advanced helpdesk, feedback services, user dashboard, self-reporting tools and new master New functionalities such as data services can be incorporated. These new portals will synchronize the back-ends of different government departments like Income Tax, MCA, and GST and will allow easy flow of information. This time will tell how the new income tax portal will work and whether it will be able to succeed in its cause and whether it will be able to provide some benefits to taxpayers, professionals, and the income tax department.

Malayalam film Jalikattu got an Oscar entry, know what is special in it

Pfizer asked for approval from India, said-vaccine is effective on people above 12 years

27/05/2021/3:29:pm
New Delhi: American pharma company Pfizer has claimed that its vaccine is very effective against the spread of Coronavirus Variant in India. At the...

22/06/2020/8:39:pm
Geneva: China has suffered a major setback at the international level amid the ongoing dispute with India. The Communist Party of China has lost...

10/09/2020/10:57:pm
New Delhi: The Supreme Court has said that 30 percent of the population of Maharashtra is Maratha and this cannot be compared with the...