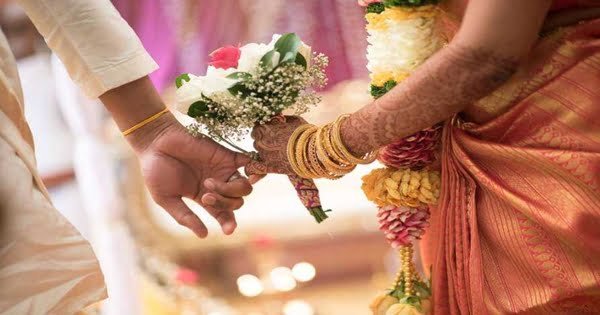 Patna: Corona Epidemic continues to wreak havoc in Bihar and the number of infected patients has reached 10,000. Meanwhile, in Patna, Corona has taken a terrible form. The corona exploded in a marriage ceremony in Paliganj, adjacent to the district headquarters, as a result, the entire area has come under its grip. Now in many villages of Paliganj, the havoc of Corona is spreading very fast. The groom died two days after this wedding held in Paliganj. At the same time, now even after 15 days, the people who went to that wedding are being found infected with this disease. So far the Corona report of more than 100 guests has come positive.

A sample of 350 people was taken
In this case, a sample of about 300 and a half people had gone for investigation three or four days in advance, including relatives and baraati who came to the wedding procession and had a taluk from the wedding house. It includes confectioners, photographers to grocery and vegetable vendors. After the investigation report comes there is an atmosphere of fear in the area. Apart from the police administration, the medical team has come into alert mode.

The groom came home from Delhi, was married on June 15

Baripating and sealing some areas of the market other than Dehpali, Meetha Kuan, Baba Boring Road, influenced by Paliganj BDO Chiranjeevi Pandey. After that people are being appealed not to come out without work with loud speakers.

According to officials, a youth resident of Dehpali village got married on June 15. It is said that the young man had come from Delhi recently in his car. He was an engineer in a private company there. The quarantine center in Bihar was closed when he came home, after which he was quarantined home.

125 samples were taken
Meanwhile, on the second day of marriage i.e. on June 17, he was admitted to a private clinic after complaining of stomach ache, after which he was sent to Patna where he died during treatment. Later, on the instructions of Block Development Officer Chiranjeevi Pandey, the Health Department team investigated the case and sampled about 125 people including the family of the deceased to investigate the corona infection.

Marriages are still happening in the area
In the Corona report which came on Monday, in addition to the grocery shopkeeper, vegetable seller, confectioner, the husband of the Panchayat Samiti member has also suffered from Corona. A boy from the same village who was a relative of the groom was also involved in his funeral, which has now become corona infected. Even after such a big case of corona infection, marriages are happening in the area where large numbers of people are gathering.

According to officials, a young man from Dehpali village in Patna was married on June 15. It is said that the young man had come from Delhi recently in his car. After his marriage, his health deteriorated and he died in two days. After his death, his coronavirus report came positive.

01/10/2021/8:13:pm
New Delhi: Tata Sons has emerged as the top bidder for the acquisition of debt-ridden state-run Air India, but sources said the bid has...

08/07/2022/9:31:pm
New Delhi: Around 300 Indians are stranded at London airport. The Indian Airlines flight to India was suddenly canceled by the UK government without...

67,622 crores increase in market capitalization of 7 top companies of...

Oldest train in India, this train doing work for 110 years!