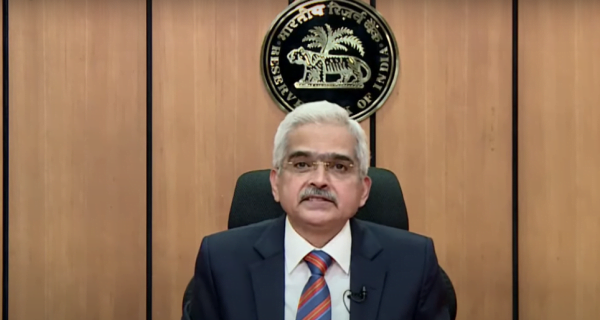 New Delhi: The Reserve Bank of India has announced the final policy for this year. The main interest rates have not changed. But during the press conference, the RBI governor has made several important announcements. Now RTGS system will be implemented across the country for 24 hours. This will reduce settlement and default risks in the system. Now the digital process related to financial transactions in the country can be done anytime any day. This will enable secure digital transactions in the country. The limit for contactless transactions is now being increased from Rs. 2000 to Rs. 5000. It will be effective from January one.
(1) Strong economic growth is expected in the country
RBI Governor Shaktikant Das says that the country’s economy has now recovered from the corona crisis. The country’s GDP growth is expected to return from negative to positive in the next quarter. He said the RBI has raised its GDP growth forecast for the next quarter to 0.10 percent. Meanwhile, during the fourth quarter i.e. January-March 2021, the country’s GDP growth is estimated to be 0.70 percent. However, GDP growth for the whole year could be -7.5 percent. He pointed out that the economic growth recovery has come from the relief package issued by the Indian government.

(2) Why the country’s economic growth will increase
Inflation is also expected to be curbed. Taking all these factors into account, inflation is expected to be 6.8 per cent in the third quarter and 5.4 percent in the fourth quarter. India’s GDP growth in this entire country could be 7.5 per cent a year. In the second half of this year, the country’s GDP growth rate may remain positive.

(3) The common man will get relief from inflation
The Monetary Policy Committee of the Reserve Bank of India estimates that the Consumer Price Index may remain under pressure in the coming days. It has been sharp in September and October. With the bumper yield of kharif crops, the rate of inflation may come down in the coming month. At the same time, inflation of vegetables and pulses is also expected to be curbed. Taking all these factors into account, inflation is expected to be 6.8 per cent in the third quarter and 5.4 per cent in the fourth quarter.

(4) Regarding jobs, the RBI Governor said
The government has also taken several steps in this era of corona crisis. Our aim is that we have succeeded in creating employment opportunities while maintaining the GDP growth of India and will be able to take the economy of the country on the path of growth. The Reserve Bank has also made several attempts to bring stability in the financial sector of the country and due to this its effect on the stock market and capital market has been seen.

(5) The Reserve Bank of India made a big announcement regarding the regional rural banks
The Reserve Bank of India has now provided LAF and MAF facility to regional rural banks. Let you know that RRB Bank has regional rural banks. They have been constituted under the RRB Act, 1976. The purpose behind their formation was to provide loans and other facilities to small farmers, agricultural laborers and artisans in rural areas. This law was amended in 2015. Under this, these banks were allowed to raise capital from sources other than the Central, State Governments and the sponsoring banks. At present, the share of Central Government in Regional Rural Banks is 50 per cent, while 35 per cent is held by the respective sponsoring bank and 15 per cent by the State Government.

(6) Banks will not have to pay dividends this year
In this era of coronavirus crisis, the Reserve Bank has made several provisions to facilitate the economy of India and the borrowers. The RBI has also made several arrangements to enable banks to give loans to new people. Commercial and Cooperative Banks They will not be able to pay dividends from the earned earnings, they will keep this profit with them. Non-banking finance companies also pay dividends to their investors and shareholders for which the Reserve Bank has started a transparent process. RBI Governor Shaktikanth Das said that all the commercial and cooperative banks in the country have been asked not to declare dividends for FY2021 and to return the profits earned in FY2020. That is, banks will not pay dividends to their investors in FY 2021 and will retain the profits earned in FY 20202. The RBI has taken this decision to strengthen the banks. This will be the beginning of risk-based audits in large NBFCs and cooperative banks and a criterion for dividend distribution by NBFCs.

(8) Strong economic growth is expected
The Reserve Bank has also made several attempts to increase exports and facilitate trade in the country, the effects of which are beginning to show. Now following the instructions of the Reserve Bank, such banks will be able to help exporters to provide funds on the basis of their shipping documents. Cases of coronavirus infection are decreasing in the country and now news related to vaccine is also coming.

WHO is discontinuing testing of hydroxychloroquine

05/07/2020/5:58:pm
Berlin: The World Health Organization (WHO) has stated that it is discontinuing ongoing trials regarding whether or not the anti-malarial drug hydroxychloroquine is effective...

Snowfall will start again in the northern mountains, the winter season will return in...

04/01/2021/9:58:am
Bhopal: A strong Western disturbance is active in and around central Pakistan. It is expected to reach the Himalayan region by Monday night....

05/10/2020/10:12:pm
Mumbai: Bollywood's famous singer Neha Kakkar is in the news due to her melodious voice. But, this time she is making headlines about her...

21/12/2020/11:31:am
Washington: The outgoing US President Donald Trump has filed a new petition in the Supreme Court as part of his efforts to dismiss the...