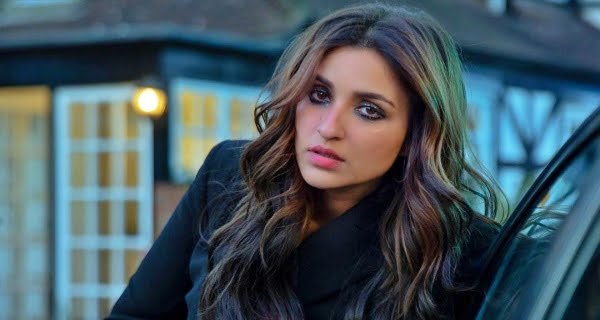 Mumbai: Bollywood actress Parineeti Chopra’s film ‘The Girl on the Train’ is releasing on Netflix today. The film could not be released last year due to Corona and then lockdown, but there was a lot of buzz about the film. Parineeti has played Happy and Lively characters in her films. Now for the first time, Parineeti will be seen playing a dark shade character in this film. The film is an official Hindi remake of the Hollywood thriller ‘The Girl on the Train’, based on Paula Hawkins’ 2015 bestseller of the same name.

Parineeti Chopra’s film ‘The Girl on the Train’ had a special interview with a news chanel about this film. In this conversation, he praised the director of the film, Ribhu Dasgupta.

She said that it is difficult to break an established image in Bollywood. The actress said that she was happy that the producers thought that I could do something different from what I saw on the screen. This is not usually the case with actors as they have been seen in various roles. I wanted people to see a new side of me. I want to surprise them with my character.

She said that Ribhu Dasgupta’s shooting techniques are amazing. I really like the style of single tech and still camera shots. Uncut Vibes reminded me of stage plays. But more than that the technique that you are given Max and for that you are aware of all the instructions.
Parineeti further said in this conversation that I am very naughty, so I like to know things. It excites me if there are 30 focus points and 80 dialogues. We have worked here for a very long time.

Talking about the trailer, she said that the trailer is very exciting. After watching the trailer, people started calling. He said that this is very real. Getting into the character of Mira Kapoor and working with director Ribhu Dasgupta to bring her to life was a great learning experience for me.

10/04/2021
Bhopal: Former Minister PC Sharma at JP Hospital in Madhya Pradesh capital Bhopal created a ruckus with his supporters after the death of a...

Maharashtra: Ganesh Chaturthi starts from today amidst pandemics and restrictions

22/08/2020
Mumbai: The ten-day Ganesh Chaturthi festival started on Saturday in various parts of Mumbai and Maharashtra amid Coronavirus epidemic and ongoing restrictions on people's...

08/04/2021
London: Security Forces in the region have launched missiles under a joint operation to eliminate the stronghold of the Islamic State (ISIS) stronghold in...

31/07/2020
New Delhi: India has given another blow to China in the ongoing dispute between India and China. The Indian government has banned the import...

13/02/2021
United Nations: More than 120 countries around the world chose Britain's lawyer Karim Khan on Friday as the prosecutor of the International Criminal Court...