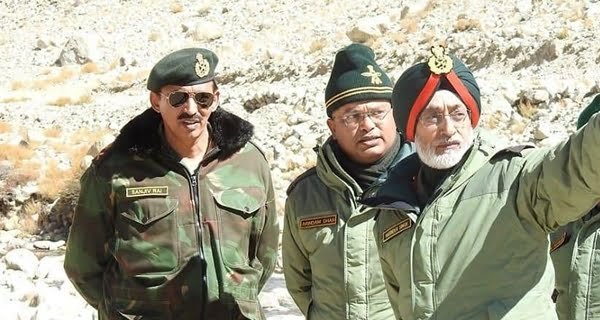 Talks between military commanders
Sources said that the intense and complex conversation between the senior commanders of the land forces of the two countries lasted till 2 am on Wednesday. In this, the Indian delegation also apprised the Chinese People’s Liberation Army (PLA) about the ‘Laxman Rekha’ and said that China is largely responsible for improving the overall situation in the region.

Both sides agreed to withdraw forces

He said that the two sides agreed on the next step of repelling their troops and are expected to be in touch with each other after discussions between the higher authorities on both the agreed points. Sources said that the fourth phase of Lt General level talks started at 11 am on Tuesday at a scheduled meeting place in Chushul, inside the Indian border of LAC. However, no official statement has come about the outcome of the talks.

Harinder Singh led
The Indian delegation was led by Lieutenant General Harinder Singh, commander of the 14th Corps at Leh. While the Chinese side was led by Major General Liu Lin, commander of the South Xinjiang military zone. Army Chief General MM Narwane was made aware of the details of the conversation, after which he held discussions with senior military officials. Later, today he is scheduled to hold other meetings with several senior military officers.

Tuesday’s discussion was the longest conversation between the two armies since the tense standoff that began on May 5. The third phase of Lt General level talks lasted for 12 hours on 30 June. During this phase, the two sides agreed to reduce stress on a ‘rapid and phased’ priority basis to end the deadlock.

Clear message to the Chinese army
Sources said that in the new phase of talks, the main thrust of the process of removing troops from all the confrontational places like Pangong So and Depsang and removing a large number of soldiers and weapons from the ‘rear base’ on LSC to reduce the tension further. We have to finalize a framework. He said, ‘China has been explicitly told that it will have to comply with all relevant provisions of the protocol and protocols agreed to by both parties to conduct border management.’

18/04/2022/8:54:pm
Colombo: The economic and political crisis continues in Sri Lanka. Meanwhile, the opposition has decided to bring a no-confidence motion against Rajapaksa in the...

25/09/2020/12:16:am
Odense, Denmark:  With the latest forecast by the U.S. Travel Association by Tourism Economics predicting $505 billion in losses globally through the end of 2020, UVD Robots announced its...

More than 40 years old nuclear plants will start again in...