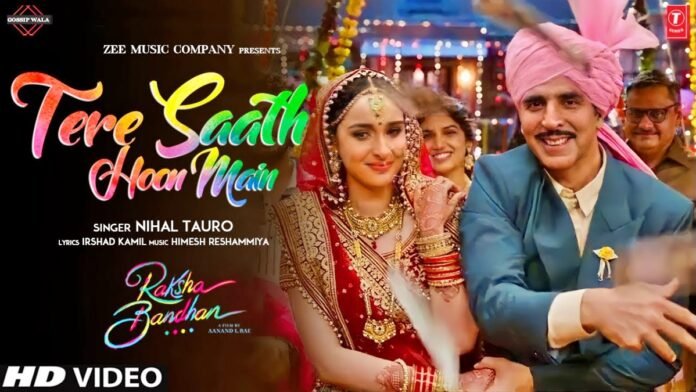 Mumbai: The new song ‘Tere Saath Hoon Main’ from the upcoming film ‘Raksha Bandhan’ starring Bollywood actor Akshay Kumar has been released today. This is an emotional song. In which the actor is seen showering love on his sister. In the video, Akshay Kumar is also seen doing their daughter’s donation. On whose farewell he is also seen crying. Nihal Tauro has given his voice to this song. Himesh Reshammiya has given music to this song and Irshad Kamil has written the lyrics of this song. This song is being streamed on Zee Music Company’s YouTube channel. Directed by Aanand L Rai, the film will hit the theaters on August 11. Apart from Akshay Kumar, actress Bhumi Pednekar will also be seen in the lead role in this film.

31/03/2021/9:44:pm
Washington: Gordon Liddy, the host of the radio talk show, died after the Watergate Scandal kingpin and release from Jail in America. He was...

After agreeing on the 3 step plan, now the finger area can become No...

13/11/2020/2:15:pm
New Delhi: The exercise to resolve the ongoing border dispute (Ladakh Border Rift) between India and China is underway in Eastern Ladakh. According to...

Singer Bappi Lahiri passed away, breathed his last at the age...