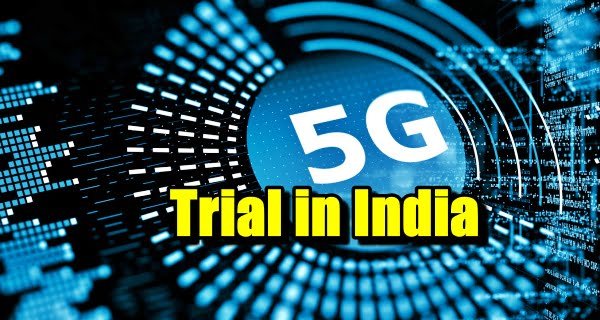 COAI, an association of telecom companies, has written a letter to the Department of Telecommunications demanding that the 5G Trial be started at the earliest. According to the COAI, they applied for the 5G trial in January but so far no approval has been received from the government. Telecom companies are now raising questions about the delay in trial of 5G spectrum. According to the telecom companies, the government started working by forming a committee in 2018 for the trial of 5G services. But till now, the allocation of spectrum for the 5G trial has not been done.

Now the COAI has not only written to the Department of Telecommunications and has demanded to start 5G Trail soon but has also kept some of its demands. These companies say that at least 1 year time should be given for 5G spectrum trial. The trial should be allowed at any location. The government should appoint a nodal officer for the trial. Single window clearance should be given to companies.

Companies can change the location of equipment as per the need. Approval for the election of any vendor for lab trials. Applying Make in India solution does not require separate approval and no import duty should be levied on equipment imported from outside for trial.

The actual government is yet to take a decision on keeping Chinese companies out of 5G trials. In such a situation, 5G trials have not started yet. The Department of Telecommunications has formed eight working groups to prepare the roadmap for 5G services, these working groups can submit their reports to the government this month. Chinese companies have also been included in these working groups. 5G services have been started in many countries but India has not yet decided on its trial, in such a situation, customers may have to wait longer for 5G services.

Heavy rains will occur in these states for the next 3 days, IMD issued...

12/09/2020/11:00:pm
New Delhi: The weather has again started showing its effect. While rain has made the weather pleasant in many states, people have also got...

Aditya Thackeray did this work on his birthday

13/06/2020/4:03:pm
Mumbai. Today, Aditya Thakare is celebrating his birthday but he has supported life to a small newborn girl even on her birthday. The girl...

Change in the movement of seven planets in September, know the effect on your...

05/09/2020/11:07:pm
The month of September is very important from the perspective of astrology. The movement of many planets is about to change in the month...