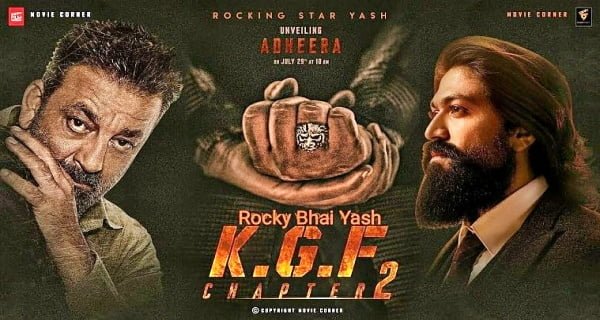 Mumbai: After Kannada superstar, Yash’s KGF grand success, his fans are eagerly waiting for ‘KGF Chapter 2’. There is a lot of good news for the fans of Yash. The teaser of the film ‘KGF Chapter 2’ was released on the night of 7 January. Prashant Neel, the director of this film, gave this information on his official Twitter. He also shared the YouTube link of the teaser of KGF Chapter 2.

Prashant Neel, the director of this film, announced that the teaser of the film KGF Chapter 2 would be released on 8 January. Just two years after the release of KGF Chapter 1 cinema, Prashant Neel gave another fabulous gift to the fans of this movie on 21 December 2020.

The film KGF Chapter 1 was released on 21 December 2018, so the teaser release date and time of the second part (KGF Chapter 2) of the film was announced on the same day (21 December 2020) after 2 years. In just 10 minutes, more than 1 lakh 43 thousand people have seen its teaser.

07/09/2020
Mumbai: Enforcement Directorate on Monday arrested Deepak Kochhar in a money laundering case. About a year and a half ago, a case was registered...

20/07/2020
Kishanganj: In the midst of a dispute with India, the Nepal Police has once again opened fire on the border. In which a person...

China, alarmed after 43 apps were banned, said it violated WTO rules; India should...

25/11/2020
New Delhi: India is constantly doing digital attacks on China. Recently, the government has once again banned the app. However, this time China has...

03/08/2020
New Delhi: In the Union Territory of Jammu and Kashmir, the holy Chhari Mubarak of Lord Shiva was taken to the Cave Shrine of...